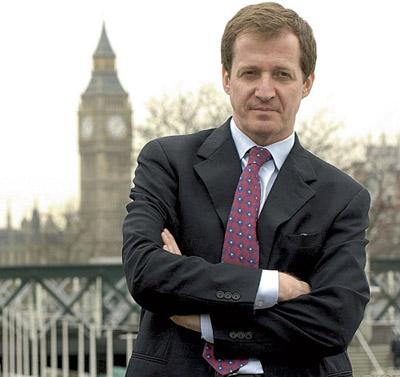 Tickets £18 including a glass of wine - CLICK HERE TO BUY TICKETS (All online purchases will be redirected to the V&A website. Please note all talks are listed under the title of the series Always Print the Myth but not the name of each individual talk. This means that once you enter the ticketing site you will need to look for the talk you'd like to attend according to its date (ie - Alastair Campbell is the 1st May) ).

Join Alan Edwards at the V&A for an after dark talk with Alastair Campbell.

Alastair Campbell is a writer, communicator and strategist best known for his role as former British Prime Minister Tony Blair’s spokesman, press secretary, and director of communications and strategy. Still active in politics in Britain and overseas, he now splits his time between writing, speaking, charitable fundraising, consultancy and campaigns.
He has written ten books in the past seven years, including six volumes of diaries, three novels, and a personal memoir on depression and the pursuit of happiness. A former ‘Mind Champion of the Year’, he is an ambassador for the Time to Change campaign to raise awareness about mental illness, and chairman of fundraising for Leukaemia and Lymphoma Research. He continues to advise the Labour Party, and other left of centre parties, most recently acting as strategic director for the Albanian Socialist Party, who won a landslide victory in June 2013. He is Humanitas Visting Professor on media at Cambridge University, and was also recently honoured by University College Dublin for his contribution to the Northern Ireland Peace Process. He is on the advisory board of Portland PR, and in addition independently acts as an advisor to governments, businesses, charities, sports organisations and high profile individuals.