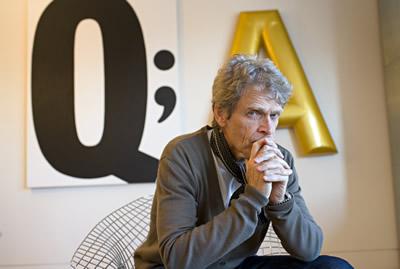 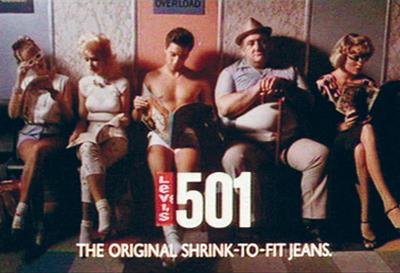 Tickets £18 including a glass of wine - CLICK HERE TO BUY TICKETS (All online purchases will be redirected to the V&A website. Please note all talks are listed under the title of the series Always Print the Myth but not the name of each individual talk. This means that once you enter the ticketing site you will need to look for the talk you'd like to attend according to its date (ie - Sir John Hegarty is the 28th April) )

Join Alan Edwards at the V&A for an After Dark talk with the man whose advertising agency was responsible for the some of the most instantly recognisable ad campaigns of the 20th Century and beyond.

Sir John Hegarty started in advertising as a junior Art Director at Benton and Bowles, London in 1965. In 1967 he joined the Cramer Saatchi consultancy which became Saatchi & Saatchi in 1970, where he was a founding shareholder. Hegarty left in 1973 to co-found TBWA, London as Creative Director. The agency was the first to be voted Campaign’s (the UKs leading advertising magazine), Agency of the Year in 1980.
In 1982 he left to start Bartle Bogle Hegarty. The Agency has won every Agency of the Year accolade and every creative award possible and has been at the forefront of the industry for 27 years. BBH now has offices in London, New York, Singapore, Sao Paulo, Shanghai and Mumbai, and Hegarty oversees the creative output of all these offices. This unique global structure also contributed to the company winning the Queen’s Award for Export Achievement twice, in 1996 and 1997.
In 2006, Hegarty was awarded honorary doctorates from Buckinghamshire Chilterns University College and Middlesex University and sits on the Board of Trustees of the Design Museum. Hegarty was awarded a Knighthood by the Queen in 2007 in recognition of his services to the advertising and creative industries. In June 2011, Hegarty successfully launched his book ‘Hegarty on Advertising – Turning Intelligence into Magic’.