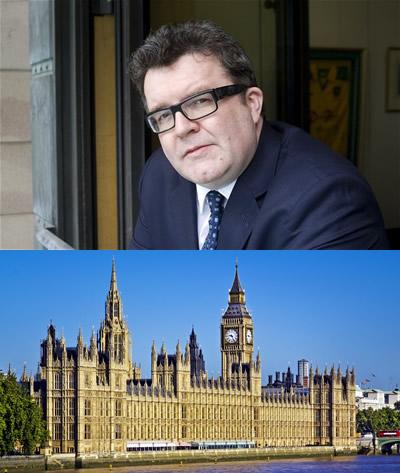 Tickets £18 including a glass of wine - CLICK HERE TO BUY TICKETS (All online purchases will be redirected to the V&A website. Please note all talks are listed under the title of the series Always Print the Myth but not the name of each individual talk. This means that once you enter the ticketing site you will need to look for the talk you'd like to attend according to its date (ie - Tom Watson is the 25th April) )

Join Alan Edwards at the V&A for an After Dark talk with the man played a significant role in the News International phone hacking scandal.

Tom Watson is the Labour MP for West Bromwich East. He first joined the House of Commons in 2001. Since being elected to Parliament to represent the people of West Bromwich East, Tom has served as a Government Whip and Defense Minister as well as Parliamentary Private Secretary at the Treasury. Tom has been a key part of the drive to uncover the various newspaper phone hacking scandals and gave evidence at the Leverson enquiry.
Before entering the House of Commons, Tom worked as the Political Adviser to Sir Ken Jackson at the Amalgamated Engineering and Electrical Union. He has also worked for the Labour Party and Save the Children. He served on the Rover Taskforce, the Government appointed body that helped extend the life of the Longbridge car plant.
He co-authored "Votes for All" which examined compulsory voting and "Taking Responsibility - dealing with the legacy of radioactive waste" both published by the Fabian Society.