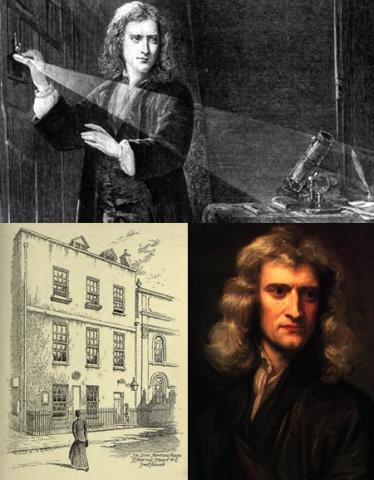 This talk will explore Newton’s movements around London and the diverse circles he presided over. These included knowledge of the heavenly orbits and cosmic revolutions, worries over the circular shape of coins at the Mint and dealing with circles of rivals and admirers.

Simon Werrett is an historian of science working at UCL. He is interested in the ways science and art have interacted in history. His first book Fireworks: Pyrotechnic Arts and Sciences in European History was published by the University of Chicago Press. His second, on the arts of recycling, will be appearing soon.

Isaac Newton was possibly the most brilliant and influential scientist who ever lived. When we think of him we usually think of Cambridge, where he discovered the law of gravity that brought the seventeenth-century Scientific Revolution to its culmination. But Newton was also a Londoner. He lived in the capital for thirty years and one of his most notable residences was in Soho where he built an observatory on the top floor of his house. He chose the location on what is now St Martins Street as it sat on the edge of a square, then known as Leicester Fields, which allowed him a dark and unobstructed view of the heavens.

It was here, only a short walk from the Century Club, where Newton quietly studied, experimented and came to achieve fame as President of the Royal Society.