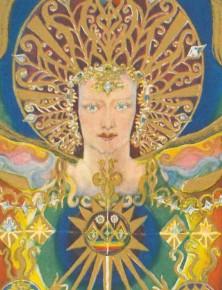 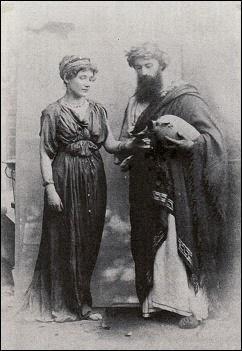 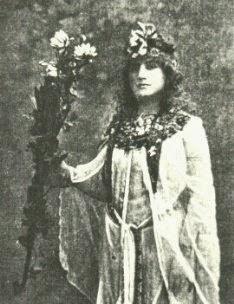 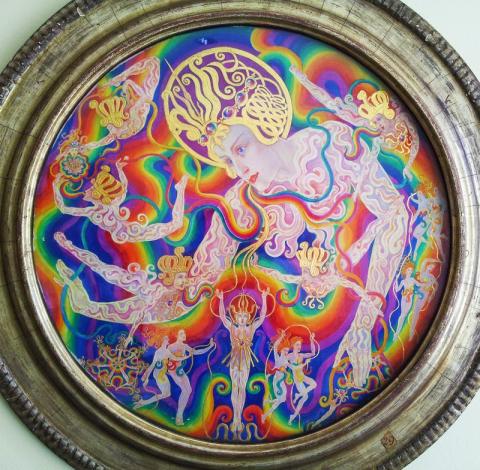 London Women on the edge of a nervous breakthrough.

The occult history of London is often told by men as a story of men. But in the Hermetic Order of the Golden Dawn, founded at 17 Fitzroy Street, women held equal status and were some of the most interesting and influential members. SALON NO. 15: LONDON PSYCHE brings together occultist Caroline Wise and Strange Attractor curator Mark Pilkington to offer glimpses into the largely unknown magical world of London in the late 19th and early 20th centuries.

Florence Farr was initiated into London's Isis-Urania Temple of the Order of the Golden Dawn by the Irish poet Yeats in July 1890. A remarkable first wave feminist, successful actress, theatre producer, mistress of George Bernard Shaw and social activist, she became High Priestess of the temple in 1894.

Occult historian Caroline Wise will join us to tell Florence's story and those of some of the other turn-of-the-century London women involved in the capital's magical revival, women who along with their radical predecessors, attempted to bring about radical changes to society.  They included actresses and authors, heiresses and artists, members of the Bohemian free-thinkers and a psychologist who presented rites of Isis and Pan in a Presbyterian Church in Belgravia.

When the occult Order of the Golden Dawn declined, it was succeeded by others including The Theosophical Society whose public lectures were attended by one Ethel Le Rossignol. Between 1920 and 1933 Ethel created 44 paintings, a 'series of psychic drawings given through her hand as an assurance of survival after death', identifying herself only as the medium and a spirit known as 'J.P.F' as the actual artist. The paintings reveal a world of pure light, colour and energy with aspects of Art Deco, popular playbills, Eastern mysticism and miniatures. They radiate an ecstatic joy and are prescient of the psychedelic art that would emerge in London several decades later.

Strange Attractor's Mark Pilkington  will talk about "A Goodly Company", the amazing series of paintings by Ethel held in the archives of London's College of Psychic Studies (where she had bequeathed them), on display in various rooms but largely forgotten. Mark recently curated the recent extraordinary exhibition at The Horse Hospital that brought together 21 of her deeply strange works in one space for the first time.

He will relate the little that is known of Ethel’s London life based on the clues left in her writing and trace the interest in mediumistic spiritualism she developed through her psychic studies in the London of the 1920s.  He will show images of a selection of the paintings and read extracts from Ethel's book 'A Goodly Company'.

CAROLINE WISE has worked at Psychic Press, publisher of the Spiritualist paper Psychic News, and as  publisher at the renowned London secondhand book company Skoob Books. She is a former owner of the famous occult Atlantis Bookshop, a founder member of The Association for the Scientific Study of Anomalous Phenomena (ASSAP). In 1993 she revived and produced the 1901 Egyptian-magic themed plays of the actress and Theosophist Florence Farr at the Rudolf Steiner Theatre. She leads walks on Legendary London.