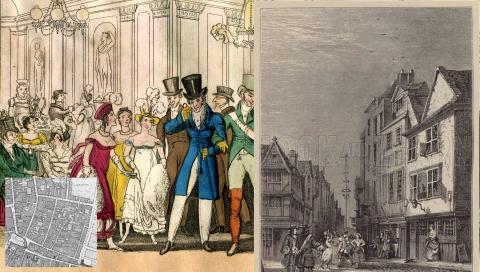 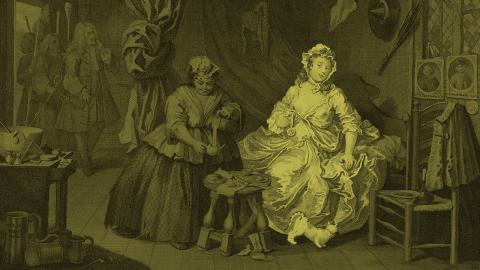 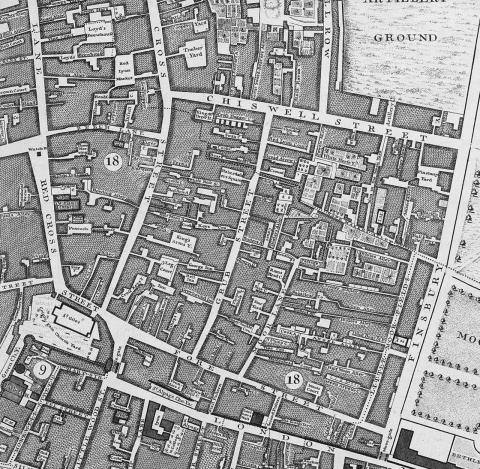 SALON-LINE NO.75: STREETS OF LONDON 1

We are very pleased to announce our first Salon-line for the City via Zoom platform. The usual Salon format will be followed - two speakers on a shared London subject with an interval,  some high jinx plus a joint Q+A.

TICKETS £4.00 -Joining and attendence details will be emailed to you nearer the event. Bring your own refreshments :)

We will be joined by historical perambulator Robert Kingham and a secret guest..  The Salon will be the first in our Streets of London series and feature the history and mystery of two extraordinary London thoroughfares: Drury Lane and Grub Street.

Robert Kingham  will tell how squalor, crime, politics and plague provided the scenery for Drury Lane's teeming cast of rakes and poets, actors and gamblers, playwrights and pickpockets, freemasons and highwaymen, engravers and compositors, gunpowder plotters and pornographers, butchers and beadles, judges and jail-breakers, suffragettes and whores. It is a story that stretches from Anglo-Saxon settlers on the shores of the Thames to the starched pomp of the British Empire.

Since we're all currently unable to walk down the Lane itself together, Robert has prepared this as a 'lockdown tasting menu' for you to enjoy from the safety of your own garret boudoir.

Whilst Drury Lane remains (albeit in a more respectable form), Grub Street is one of London's ghost roads. It has been wiped from the maps by name changes, World War 2 bombing raids and the Barbican centre.  But until the 19th century it had an extraordinary history of bohemian life, disease, celebrity, crime, archery, theatre, debauchery -and most importantly publishing  - and lives on as 'a metaphor for the commercial production of printed matter, impoverished hack writers and writings of low literary value.'

Our mystery speaker will take us on a virtual, visceral wander down the street to meet one very unusual Resident.

We will hear some extraordinary speculations and the revelation of a possible solution to one of our greatest literary mysteries...

Robert Kingham is one half of the creative partnership Minimum Labyrinth, famed for unique, immersive and mysterious walking experiences. Robert is interested in the interaction between people and cities, indulging his love of storytelling through writing, film-making and leading many on historical walks. He likes nothing better than to relax by being a chartered management consultancy surveyor. Drury Lane will be Minimum Labyrinth’s sixth walking tour will be launching as soon as the corona virus permits

Our mystery speaker is ... a mystery