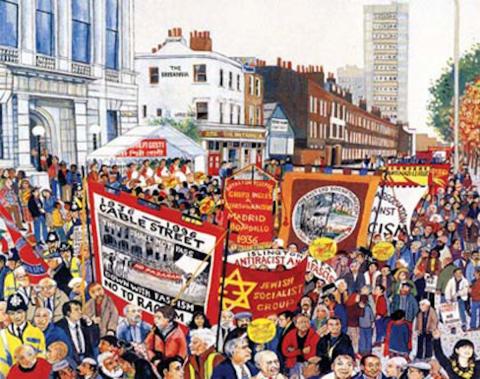 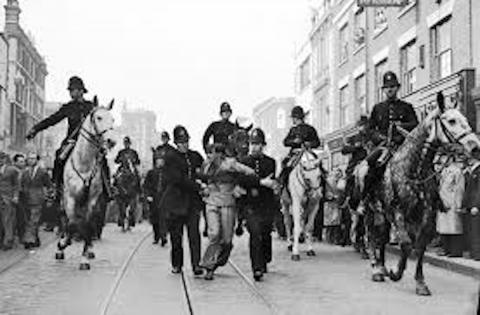 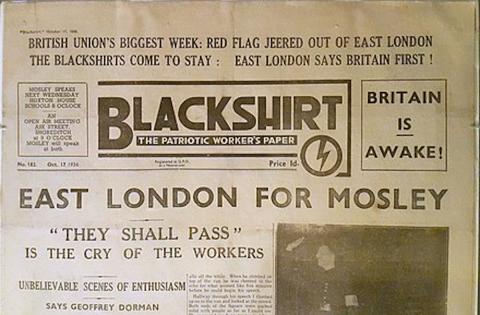 TICKETS £4.50 -Joining and attendence details will be emailed to you nearer the event. Bring your own refreshments :)
As political unrest and protests abound, join us to visit two classic London streets rich in countercultural history + political radicalism.

Roger Mills author of “Everything Happens in Cable Street" takes us for a time travelling tour of the street that started as a path along which hemp ropes were twisted into cables for the many ships anchored in the nearby Pool of London.

Cable Street went on to have to have a reputation for cheap lodgings, brothels, drinking inns, opium dens - and an infamous execution - until it became most famous as the site of ‘The Battle of Cable Street’ when communist, anarchist, labour and Jewish groups joined with locals to resist a planned march through the East End by Oswald Mosley's British Union of Fascists.

Roger will discuss these and lesser known aspects of life on the street, including the Jewish experience before and between the wars.
-----
Writer and London guide Chris Roberts will then explore the exciting blaze of revolutionary activity, organisations and counterculture that flourished on Railton Road in South London where 'poets, dreamers, firebrands and fire starters' squatted a now humdrum route between Brixton and Herne Hill.

For a brief period in the 1970s, South London seemed to have its own Haight Ashbury or Left Bank then in 1981 the Brixton Riot, the most serious riot of the 20th century in the United Kingdom, started here and the area became known as the "Front Line”

Chris explores the changing faces of a street that was an important centre for Afro-Caribbean culture, radical political activity and working-class community but now, like so many others, is becoming gentrified out of recognition.

Roger Mills is a writer, novelist and oral historian. He co-edited Rising East – The Journal of East London Studies.Much of his work relates to East London, where he lives and works. He runs courses in history and creative writing and speakson oral history and the East End

Chris Roberts is a tour guide, writer and lapsed librarian. He is the author of books about nursery rhymes, London’s Bridges. lost words, football and magic as well a collection of short stories published last year set on, linked by or connected to South London bus routes.