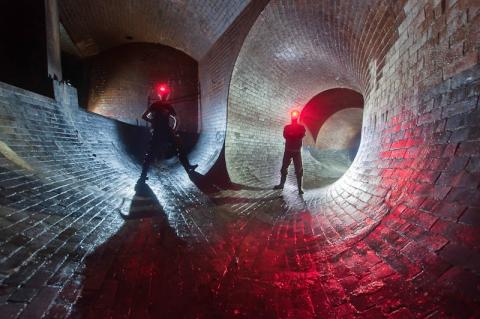 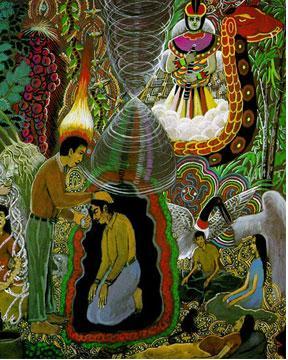 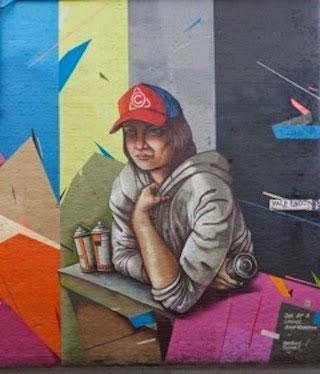 Like an iceberg, the London we see is a fraction of the city of bone, tunnels, service ducts, sewers, private structures and forgotten rivers that lie hidden and off-limits to the general public. Join author Antony Clayton and controversial urban explorer Bradley Garret to scratch the surface and delve deep into the myths and mysteries of the secret city.

A soundtrack for the city will be provided by The Clerkenwell Kid.
HENDRICKS GIN will be on hand to plumb your depths.

Salon alumni Antony Clayton has investigated the city's literal and literary underworld in his illustrated guide 'Subterranean City: Beneath the Streets of London' a work generally regarded as the most comprehensive work on the subject. Anthony returns to give an 'underview' of this strange world with its tube lines, tunnels, sewers, bunkers, dwarf railways, shelters, buried rivers, vaults and prison cells
hidden to most surface dwellers.  He will show how it makes itself known to us above through maps, histories and odd snippets of folklore with a selection of the last drawn from his recent research. Get ready for tales of the mysterious secret passages in which King Charles II met Nell Gwyn and the buried steam engines under Wembley.

Our second speaker and self-styled 'place hacker' Bradley L. Garrett worked as an archaeologist for five years before starting to sneak into “closed” locations in London to photograph them and share them with the public.  His recent book, 'Subterranean London: Cracking the Capital' is a photographic dissection of what lies underneath the streets of the city, layer by layer.

But his work has resulted in arrests, criminal charges, condemnation, academic criticism and ongoing controversy.  Bradley will describe some of his extraordinary sub-London adventures, his belief in the public value of place hacking and give some hints on his current activities.

Antony Clayton is a librarian, folklorist and writer. In addition to "Subterranean City: Beneath the Streets of London", he is the author of several highly regarded books on the history of the capital including "London's Coffee Houses", "Decadent London" and "The Folklore of London".  He is also a major contributor to upcoming works on Aleister Crowley and Sax Rohmer.

Bradley L. Garrett is a cultural geographer at the University of Southampton.  He worked as an archaeologist for five years before becoming interested in the politics of access to sites of popular heritage. His first book, "Explore Everything: Place-Hacking the City" (Verso Books 2013) is an account of his adventures trespassing into ruins, tunnels and skyscrapers in eight different countries.