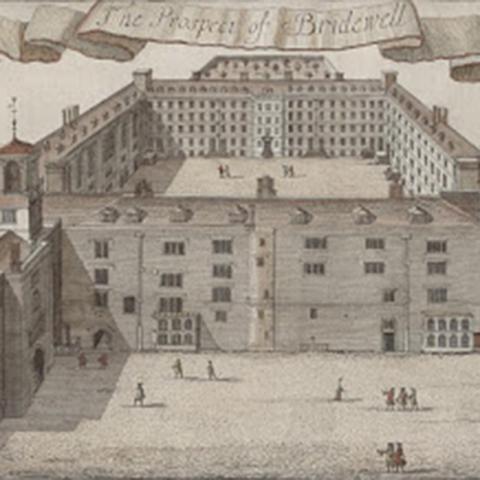 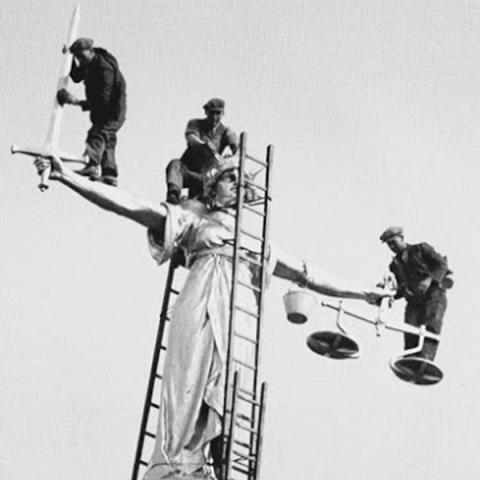 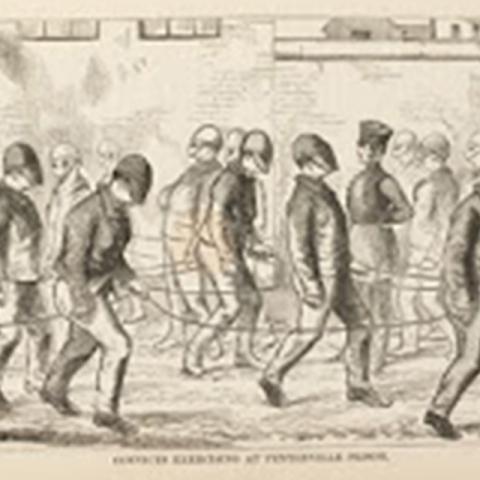 PRISON LONDON
Crime and Punishment - The Capital in the Clink

Since the 18th century thousands of London's population have lived behind bars.  A myriad of terrifying gaols, lock ups, hulks, sponging houses and places of correction have been replaced by our contemporary institutions of incarceration: Brixton, Isis, Feltham, Holloway, Pentonville, Thameside, Wormwood scrubs and Wandsworth. But what were, and are, they like? Historian Professor Tim Hitchcock and Juliet Lyon of the Prison Reform trust unlock the doors to London's penitentiaries, past and present.

A soundtrack for the city will be provided by The Clerkenwell Kid.   Hendricks will be on hand to provide a taste of freedom.

From the cold stones of Newgate, to the new style reformatory prison at Cold Bath Fields; from Henry Fielding’s ‘Runners’, to the detectives of the Metropolitan Police, London created modern punishment and modern policing.  Tim Hitchcock will describe how the actions of the poor and the criminal forced the pace and direction of change; how escapes and insurrections led to reform.  Looking at the system from the below, he explores how it felt to be arrested and to literally stand trial for your life.

The Victorians had clear ideas about what prison should be like: unpleasant. Prisoners had to be made to face up to their own faults by keeping them in silence and making them do hard, boring work. But what about now?

Punishment or prevention, reform or rehabilitation, high security, low security, cruel hell-hole or cushy hotel, what is the anatomy of the modern prison? What do statistics say about prisoners in relation to poverty, mental health, ethnicity and re-offending? What happens if you die in prison? What's the food like? Juliet Lyon CBE joins us to discuss life inside.

Tim Hitchcock is Professor of Digital History at the University of Sussex, and with Robert Shoemaker is responsible making many of the sources for the history of London available online through sites such as the Old Bailey Online, 1674 to 1913 and London Lives helping to create a ‘new history from below’.   He has also written a dozen books on begging, poverty and crime in eighteenth-century London.

Juliet Lyon CBE  is director of the Prison Reform Trust, secretary general of Penal Reform International and vice president of the British Association of Counselling and Psychotherapy (BACP).  The Prison Reform Trust is a leading independent charity working to create a just, humane and effective penal system. Its advice and information service responds to over 5000 prisoners and their families each year. and has helped to reduce child imprisonment by 60% in England and Wales.