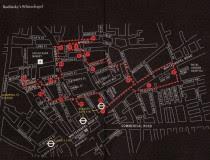 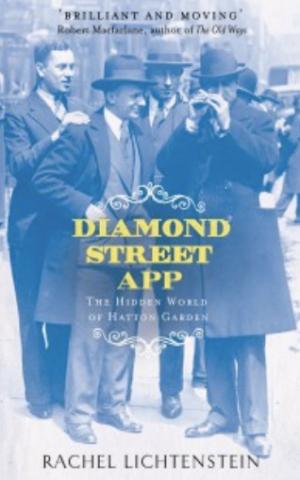 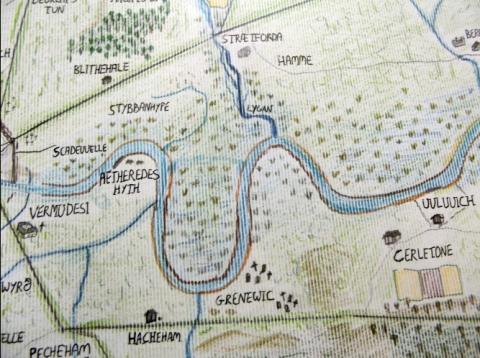 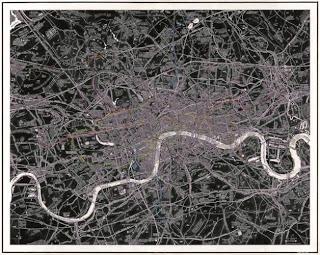 Admission: £4/6 in advance from WeGotTickets

THE EVENT IS NOW SOLD OUT

Maps and history may be the means by which we make best sense of and navigate the city but aren't both part fact and part fable? London's long life has often been mapped, and, more recently 'apped' but even the most geographically accurate of these representations are only a snapshot of a particular time or a particular viewpoint. Salon No 5:(M)apping London brings together two London writers Rachel Litchenstein and Matt Brown to present their own unique picture-memory-stories of the capital.

Many of the London place names we use today, including Wembley, Kennington, Stepney, Brixton and Wimbledon are named after Anglo-Saxon farmers and chieftans whose biographies are utterly unknown. Matt Brown has created and will present the only known map of "Lundenwic" and what we now know as "Greater London" as it was in Anglo-Saxon times. It shows the various rivers, roads, hills, forests and settlements present 1,000 years ago and the way we can still trace them.

Skipping forward in time, Matt will then introduce and tell some of the tales of his V2 rocket map of the city. During the final days of WWII, the capital was pummelled by German V2 rockets. Plotted from archive sources and enriched by contributions from Londonist readers, the map uses Google satellite views to identify the scars of 70-year-old explosions from a circular depression in Hackney marshes to 1950s housing estates built in the bomb footprint but still surrounded by the Victorian housing stock that survived.
Then, in a special London-at-the-Library exclusive, writer and psycho-geographer Rachel Litchenstein will introduce her new location based app "Diamond Street". Using content from her book "Diamond Street – the Secret History of Hatton Garden" along with specially developed media, soundscapes and interactive features, the app will take the smart-phone equipped wanderer on a virtual or actual guided tour through London's historic jewellry district.

Here we meet sewer flushers, artists, goldsmiths, Hasidic diamond dealers, geologists and visionaries as Rachel gathers a cast of local characters to help uncover the history, secrets and stories that bring this Clerkenwell district to life.

Matt Brown is the editor of Londonist, London's pre-eminent city guide. An obsessive historian and archivist of the culture of the capital,he has written over 5,000 articles about all aspects of London life. He  hosts regular meetings of the London Historians and a variety of London events in venues including the Royal Institution, the Hunterian, Boxpark, Leicester Square Theatre and the Emirates Stadium.

Rachel Litchenstein is a writer, artist, archivist and historian. Her first book, "Rodinsky’s Room", co-written with Iain Sinclair, began as a personal quest and evolved into a compelling psycho-geographical adventure. "Diamond Street: The Hidden World of Hatton Garden" is the second in a trilogy of non-fiction works exploring different London streets.