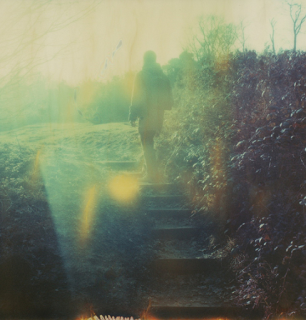 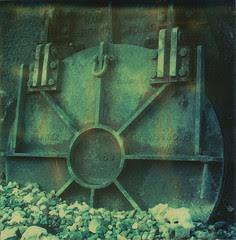 Admission: £4/6 only in advance from WeGotTickets
THE EVENT IS NOW SOLD OUT

The city of London teeters above a vast honeycomb of bone, stone, rubbish, tunnels, sewers, subterranean buildings and forgotten rivers.

Developing the themes of the fabulous Mapping and London Bone events, Salon No 6: London Under - London Over brings together authors Antony Clayton and Tom Bolton to talk on the interactions between the parallel worlds of the daylit city surface and its hidden dark underbelly.

Whereas 'suburban' has come to mean the spreading ambiguous hinterland between the countryside and the city proper, Antony Clayton has investigated the true London Sub-Urbia: the city's literal and literary underworld. His much loved illustrated guide "Subterranean City: Beneath the Streets of London" is regarded as the most comprehensive work on the subject, describing in meticulously researched detail the tube lines, tunnels, sewers, bunkers, dwarf railways, shelters, buried rivers, vaults and prison cells hidden to most surface dwellers.

Antony will give an 'underview' of this strange world and show how it makes itself known to those above through maps, histories, the occasional violent eruption and via odd snippets of folklore.  He may even be induced to provide some clues on how it may be visited.

When people think of London's river, they naturally think of The Thames. But the city was built around many other rivers too - and traces of these still remain for those who know where to look.  These rivers predate the city and its people and whilst they may be now buried, they still flow deep underground. Writer Tom Bolton will describe this secret network of underground waterways that snake beneath the capital and how in some places they can even be seen and heard. Tom's wonderful handbook for surface dwellers: "London’s Lost Rivers: A Walker’s Guide" shows how by tracing their courses, the way we see London is transformed.  He will describe ways of using the clues left in the city street-scape to burrow down through layers of history to river level, revealing London in its many previous guises.

Antony Clayton is a librarian, folklorist and writer. In addition to "Subterranean City: Beneath the Streets of London", he is the author of several highly regarded books on the history of the capital including "London's Coffee Houses", "Decadent London" and the "The Folklore of London".  He is also a major contributor to upcoming works on Aleister Crowley and Sax Rohmer.

Tom Bolton specialises in urban exploration and the culture and history of London.  In addition to being the creator of Strange Attractor's "London’s Lost Rivers: A Walker’s Guide"(described as "a terrific mix of history, topography and practicality"), he works as a policy researcher and writes on music and theatre.