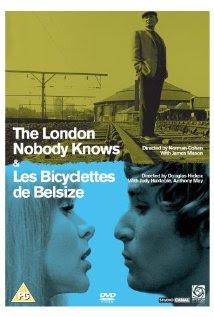 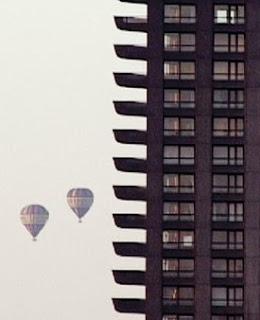 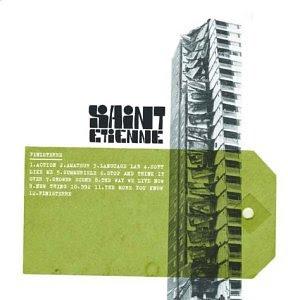 Admission: £4/7 only in advance from WeGotTickets

Since the invention of the movie camera London has always proved fascinating to film makers. Apart from the countless pictures that have been set here, the city itself has often been the subject, and sometime star of their work.

Salon No 7: LIGHTS - CAMERA - LONDON brings together Bob Stanley of the band Saint Etienne, film maker Paul Kelly (and a return appearance from Salon alumni Travis Elborough discussing London films: their own and some of those that have inspired them.

This year sees the tenth anniversary of  St Etienne's feature 'Finisterre', a beautifully shot homage to London inspired by Norman Cohen's 'The London That Nobody Knows' plus the release by the BFI on DVD of all three of the band's London films.

Cohen's seminal and curious 1967 documentary featured actor James Mason taking a poignant perambulation through various unfashionable areas of London  which had survived both the luftwaffe and 1960s bulldozers including the gentleman's lavatory at Holborn station, eel and pie shops, Spitalfields tenements and Islington's Chapel Market. Unusually, it juxtaposed the familiar images of swinging sixties and Carnaby street with those of meths drinking tramps, shoeless children and  squalor. In St Etienne's Bob Stanley's words: "there is romance and adventure, but mostly there is malnourishment. London looks like a shithole."

Bob and Finisterre's director Paul Kelly will screen clips from their films and talk about what makes the capital such a compelling subject for filmmakers. They will discuss with writer Travis Elborough some of the classic London pictures which have inspired their work - from E.A. Dupont's 'Piccadilly', Hitchcock's 'The Lodger', Antonioni's 'Blow Up' through to Patrick Keiller's 'London' and 'The Magic Box' a portrait of the pioneering cinematographer William Friese-Greene, who captured some of the earliest moving pictures ever taken in London's Hyde Park.

Since their debut single 'Only Love Can Break Your Heart', Mercury prize nominated Saint Etienne have remained one of Britain's most cine-literate and much-loved pop acts. Through the nineties they were chart regulars, earning two gold discs and appearing six times on Top Of The Pops. Long obsessed with London, they recorded the 'Finisterre' album in 2002 and made an accompanying film in collaboration with their regular video director Paul Kelly. Both film and album documented the city in a state of flux leading to them being described by the Guardian as “London’s musical laureates... perhaps the only band to capture the teeming variety of the capital.”

Paul Kelly is a London based film maker whose study of the legendary Felt frontman Lawrence,‘Lawrence Of Belgravia’ premiered to universal acclaim at the 2011 London Film Festival. Apart from ‘Finisterre’, his work with St Etiennne includes ‘What Have You Done Today, Mervyn Day?’ capturing the east London site chosen for the 2012 Olympics before the bulldozers moved in,'This Is Tomorrow’ documenting the history of the Royal Festival Hall and a series for Channel 4 ‘Today’s Special’ chronicling the demise of central London’s classic cafe culture - all with original scores by the band.

Travis Elborough has been a freelance writer, author and cultural commentator for the last decade. He is a regular contributor to the Guardian, The Times, Sunday Times, New Statesman, the Oldie, Tate etc and frequently appears on BBC Radios 2, 4 and 5 Live. Travis is the author of four acclaimed books: "The Bus We Loved", a history of the Routemaster bus; "The Long Player Goodbye", a paean to the vinyl record;"Wish You Were Here", a survey of the British beside the sea and this year's 'London Bridge in America'.