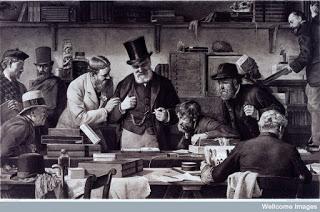 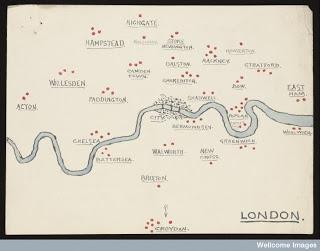 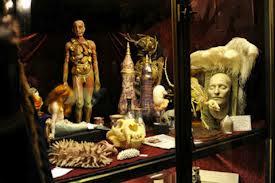 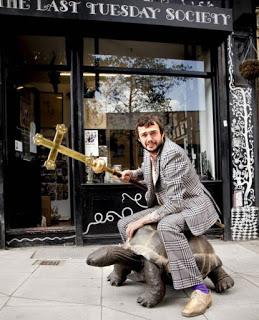 Admission: THIS EVENT IS SOLD OUT

As the hero in John Schlesinger’s film ‘Billy Liar’ (1963) pronounces: ‘A man could lose himself in London…' But what could a man (or a woman) find or collect here? From anatomy museums to zoological gardens, London has been home to a myriad of private hoards - many of which became the basis for the great public collections of our museums and galleries.

SALON No 8: COLLECTING LONDON puts on display Ross MacFarlane of the Wellcome Library and The Last Tuesday Society's Viktor Wynd to discuss what opportunities the city has offered to the collector and whether collecting is a psychological, an entrepeneurial, an aesthetic or a benevolent pursuit, an inquisitive or an acquisitive activity - or a combination of any of these?

Amongst the many great London collectors, Henry Solomon Wellcome the pharmaceutical engineer stands out. His manic passion for collecting along with his vast wealth brought together a staggering 125,000 medically related artefacts (including Napoleon's toothbrush) into what is now known as the Wellcome Collection. But these were only a fraction of the one million plus objects he accumulated and which are now dispersed elsewhere. However, his enormous collection of photographs, documents and images are held amongst a wonderful array of others in the Wellcome Library

So it is a great pleasure that Ross MacFarlane of the Library, a man who has handled a mermaid and who has discovered a lost alchemical manuscript written by Isaac Newton, has agreed to talk at the Salon.

By presenting various tales of curious collectors and difficult dealers alongside obscure related illustrations (such as Lovatt's collection map of London shown here), Ross will question if there is something distinctive about London’s collections.  Where did they come from?  And where have they gone? And, as we’ll discover, finders are not always keepers..

In 2009 The Last Tuesday Society opened its first permanent home - a shop, gallery and museum on Mare Street in Hackney selling and exhibiting a variety of curiosities including 19th century shrunken heads, taxidermy, narwhal tusks, carnivorous plants and articulated skeletons. The shop is an attempt to recreate  a 17th century "Wunderkabinett": a collection of objects assembled at a whim on the basis of their aesthetic or historical appeal without any attempt at explanation or education. It is a display designed "to give pleasure to the creators of the Museum, who hope that you too will enjoy it".

The shop is co-owned and curated by the Salon's second guest speaker Viktor Wynd whose own collection forms it basis:
"I’ve been collecting things since forever and I ran out of space at home," he says, "I’m not a hoarder, but I need to be surrounded by beautiful and interesting things, otherwise I get very depressed"

Viktor will take us on a tour of the highlights of his personal collection and perhaps tell us what it means (and what means are required) to be a contemporary London collector.

Ross MacFarlane is Research Engagement Officer in the Wellcome Library where he is involved in promoting the Library's collections, particularly to academic audiences. As an archivist, he has worked at a number of London institutions including King's College, Tate Britain, the Royal Society and the Reform Club.  He has researched, lectured and written on such topics as the history of early recorded sound, freak shows and notions of urban folklore in Edwardian London.  He has led guided walks around London on the occult past of Bloomsbury and on the intersection of medicine, science and trade in Greenwich and Deptford.

Viktor Wynd is a writer, curator, collector, dealer, artist and pataphysicist, he is Chancellor of The Last Tuesday Society "notorious both as a source of some of the rarest & most beautiful things in the world" and as a thrower of Balls and Parties in London and at Country Houses.  He is currently writing "Viktor Wynd's Cabinet of Wonders" to be published by Prestel in autumn 2014