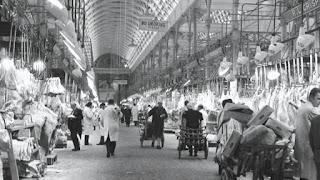 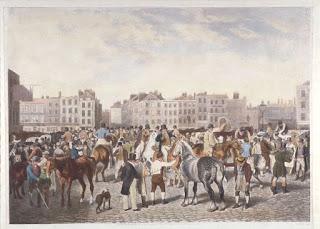 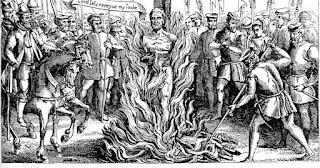 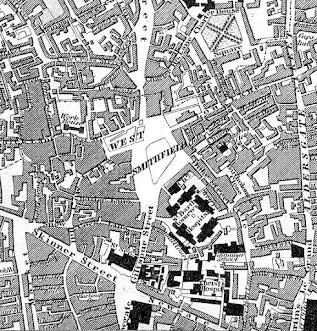 TICKETS £4.50 -Joining and attendence details will be emailed to you nearer the event. Bring your own refreshments :)
SMITHFIELD, the home of the London Central Meat Markets, is a notorious place of blood and butchery - human as well as animal. Join TIM KIDD and PETE SMITH on time-travelling tours through its gory history.

The ‘Smooth Field' on the eastern banks of the River Fleet was to become one of the capital’s richest historical areas - the market has been operating for over a thousand years and nearby is London's oldest church.

City of London historical guides TIM KIDD and PETE SMITH will investigate the area's use as a public execution ground (most famously for Christian martyrs and 'Braveheart' William Wallace) and dig deep below the buildings where traders still buy and sell meat for the capital's restaurants and shops.

We will hear of revolting peasants, subterranean secrets, some of the capital’s finest pubs and learn, too, how Londoners once managed, quite legally, to sell their wives at Smithfield.

And we will explore the area’s links to bodysnatching, ghostly goings on and the scandalous fair that lasted for over seven centuries before being suppressed by the Victorians.

PETE SMITH is a Devon-born academic who has lived in London since the age of ten.  Since retiring as Head of English and Dean of Arts at Brunel University (a job he describes as very like managing the salad bar at Smithfield Meat Market), he has reinvented himself as a City of London and City of Westminster guide and freelance lecturer.

TIM KIDD worked for over 30 years in the Bank of England in the City of London and is now a City of London guide. He runs 'Blue Bowler' bespoke guided walks around London specially created for the needs of groups or individuals.