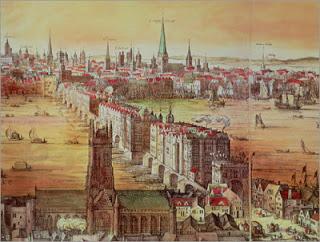 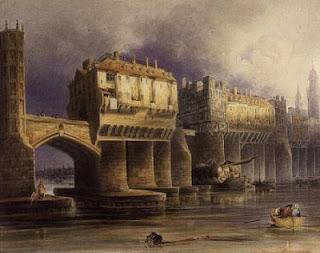 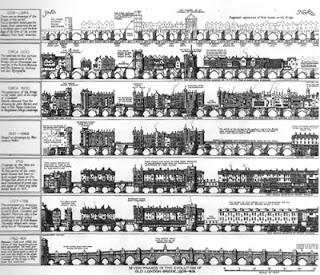 After the success of sold-out Salon No 1, we return with Salon No.2  featuring Travis Elborough (writer and broadcaster) and Chris Roberts (writer, librarian and London guide)on the strange stories of London's best known bridge.  A soundtrack for the city will be provided by The Clerkenwell Kid
Travis Elborough, the author of the forthcoming "London Bridge in America: The Tall-Story of A Transatlantic Crossing" will tell us a tale encompassing 2000 years of history and a journey of 3500 miles.

Beginning with a history of the bridge in its various incarnations, this is the true story of how the world’s largest antique went to America, to a waterless patch of the Arizonan desert - and why - when a previous incarnation of the bridge was bought by a "fraudster whose greatest trick was to convince the world he ever existed.."

Travis will introduce us to "a cast of Fleet Street shysters, revolutionary radicals, frock-coated industrialists, disneyland designers, Thames dockers, Guinness Book of Records officials, the odd Lord Mayor, bridge-building priests, gun-toting U.S. sheriffs and an Apache Indian.
Drawing on his remarkable and encyclopaedic knowledge of the city, Chris Roberts author of "Cross River Traffic" - the definitive guide to London's bridges,  will present an interactive presentation on Thames crossings in which the audience select which stories get told.
London is fundamentally a river city and, since the Romans first forded it close to the site of today's London Bridge, the process of crossing from southbank to northbank has taken up a huge quantity of its inhabitants' resources, time and psychology. Chris will tell us why - and how.
Travis Elborough has been a freelance writer, author and cultural commentator for the last decade. He is a regular contributor to the Guardian, The Times, Sunday Times, New Statesman, the Oldie, Tate etc, and BBC History magazine and frequently appears on BBC Radios 2, 4 and 5 Live. Throughout August 2011, he was the guest historian on Russell Kane's Whistle-Stop Tour, a six-part series for BBC Radio 2.
Travis is the author of three acclaimed books: "The Bus We Loved", a history of the Routemaster bus; "The Long Player Goodbye", a paean to vinyl; and "Wish You Were Here", a survey of the British beside the sea.
Chris Roberts is founder and editor of the 21st Century London penny dreadful "One Eye Grey".  In addition to "Cross River Traffic" he has written "Heavy words, Lightly Thrown" on the history of nursery rhymes and "Football and Voodoo" on soccer and superstition. He writes for Londonist and leads London's acclaimed "Liars' Walking Tours" as well as co-hosting the radio show "Cafe Calcio."