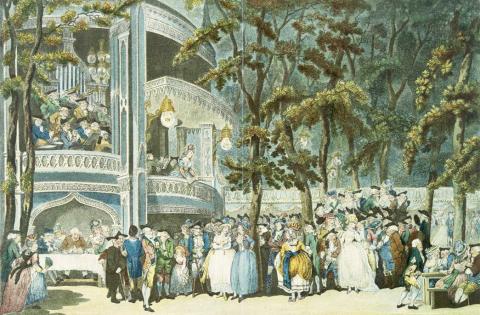 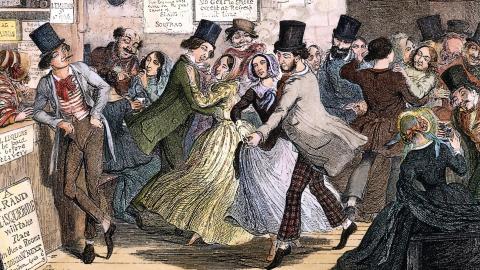 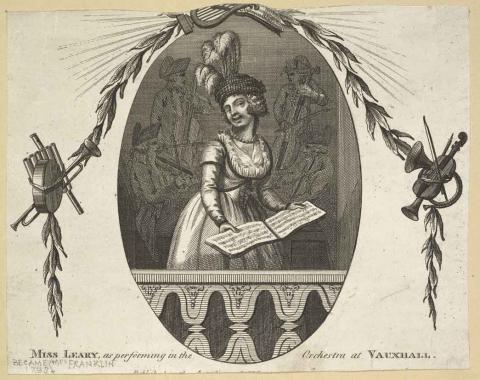 A Right Old Song and Dance

Each ticket includes 'a fumble' of Hendricks Gin

Did Londoners invent 'leisure’ in the 18th century?  With a growing middle class, rising incomes, and new ideas about how people should mix, it was certainly a period in which paid-for pleasure proliferated. The following century saw mass entertainment spread to the working classes with the explosion of music hall culture. Rollup, roll up and get yourself a ringside seat to hear historians of pleasure DANIELLE THOM and LEE JACKSONdiscuss the origins of urban fun.

One of the most significant innovations in eighteenth-century London leisure was the pleasure garden; a dedicated outdoor space for entertainment. The most important of these was Vauxhall, established in 1729 by the entrepreneur Jonathan Tyers who realised that there was a market for paid entertainment and that charging an admission fee would discourage pickpockets and prostitutes.

The Museum of London’s DANIELLE THOM reveals the wonders of Vauxhall, including variety acts such as the tightrope walker who performed while wearing a cap fitted with fireworks and the revellers who 'crowd from every part of the gardens toward the orchestra and organ ..remarking what beaus, bells, and beauties are present.’

Whilst the entertainments of pleasure gardens drifted more down market as the years passed, entertainment in the form of the London Music Hall seems to have evolved n the opposite direction. Victorian enthusiast par excellence LEE JACKSON traces the evolution of music hall culture, from heavy-drinking 'cock-and-hen clubs' set in concert rooms above pubs, to the 'tippling theatres' of the 1840s, the famous Canterbury Hall in Lambeth, and, finally, magnificent late-Victorian 'Palaces of Variety’.

DANIELLE THOM is Curator of Making at the Museum of London; covering all things relating to decorative/applied arts, crafts, and the history of making in London from the early 18th century to the present day.

LEE JACKSON is a well-known Victorianist and creator of the pre-eminent website on Victorian London (victorianlondon.org). He is the author of Dirty Old London: The Victorian Fight Against Filthand Walking Dickens' London. He lives in London.