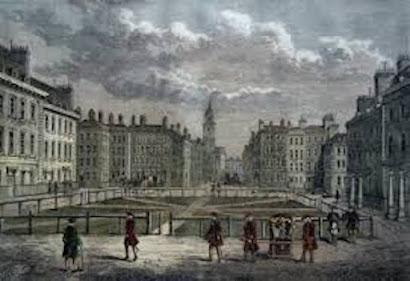 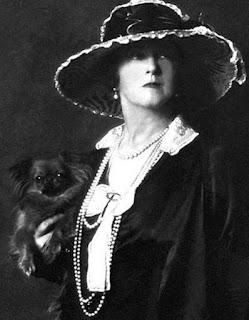 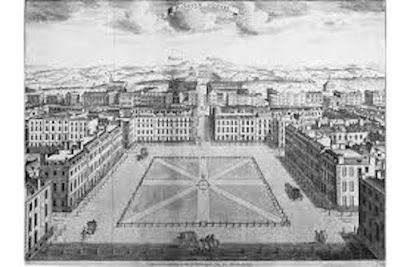 TICKETS £4.50 -Joining and attendence details will be emailed to you nearer the event. Bring your own refreshments :)
In the latest of our 'Streets of London' series, historians BEATRICE BEHLEN and TINA BAXTER explore the secret life of two of the capital's squares most associated with fashion, glamour and style

The discovery of a glass negative in the Museum of London’s collection sparked curator of costume’s BEATRICE BEHLEN to an in-depth investigation into the fascinating history of HANOVER SQUARE. What started as a quest to discover the premises of the extraordinary London couturier 'Lucile'(Lady Duff Gordon), took on a life of its own.

Using fragments of ephemera such as street directories and insurance maps, photographs, advertisements, snippets from biographies and surviving garments Beatrice will provide a unique insight into the era, life and interrelations between this once fashionable locale and its myriad range of occupants.

SOHO SQUARE remains one of the West End's best known, well loved - and most trafficked locations. Yet few of the late night revellers, tourists and workers who sit in its garden are aware of its wonderful past and the scandalous life of one of its most glamourous residents Theresa Cornelys.

BEATRICE BEHLEN studied fashion design in Germany before moving to London in 1989. Following a postgraduate course in the History of Dress at the Courtauld Institute, she worked as curatorial assistant at Kensington Palace. In late 2007 she became Senior Curator of Fashion & Decorative Arts at the Museum of London. Her main interest is how the lives of people can be told through their surviving clothes.

TINA BAXTER ('Miss B.’) is City of London Guide. With Miss Kitty Pridden, she launched the Georgian Dining Academy with regular suppers at Simpson's Tavern off Cornhill: They have curated events at the Cartoon Museum, Maritime Museum, Royal Academy, Dr Johnson's House and Hatchlands Park.