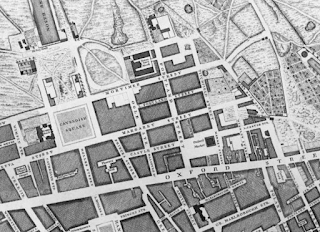 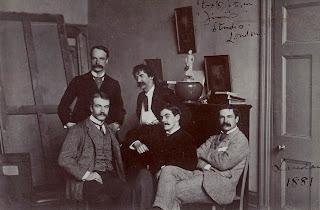 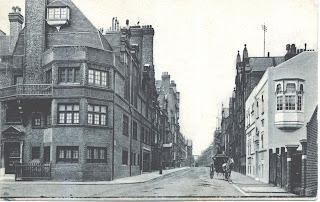 TICKETS £4.50 -Joining and attendence details will be emailed to you nearer the event. Bring your own refreshments :)
MORTIMER STREET and TITE STREET might now be two of London’s more conservative thoroughfares, but both were once at the heart of the city's bohemian life and creative endeavour. In the latest of our 'Streets of London' series, historians DANIELLE THOM and DEVON COX explore the explore the astonishing lost worlds of two of London's most artistic thoroughfares.

DANIELLE THOM, the Museum of London’s Curator of Making has investigated the forgotten history of the street. She will revealdetails of a little known artists' colony that thrived there in the late 18th and early 19th centuries -perhaps setting a precedent for the cornucopia of creative talent that was to flourish there in later years.

From the 1880s until the 1930s, TITE STREET in Chelsea was one of the most influential and vibrant artistic quarters in the capital, home to a staggering amount oftalent including James Whistler, Oscar Wilde and John Singer Sargent and many others.

DR DEVON COX will explore this complex and colourful history, tying together the private and professional lives of these artists, writers and bohemians, examining their relationships with each other and with a rapidly changing capital at the fin de sèicle.

DANIELLE THOM is Curator of Making at the Museum of London; covering all things relating to decorative/applied arts, crafts, and the history of making in London from the early 18th century to the present day.

DR DEVON COX is author of The Street of Wonderful Possibilities: Whistler, Wilde & Sargent in Tite Street (Frances Lincoln, 2015). Originally from the USA, Devon has worked as a researcher at the Imperial War Museum, London and Sotheby's auction house. In 2018, he completed an AHRC-funded PhD and is currently serving as a Research Associate for the Paul Mellon Centre's research project 'Collection and Display: The British Country House'. He has appeared in several TV programmes for Arte, BBC, and Sky Arts.