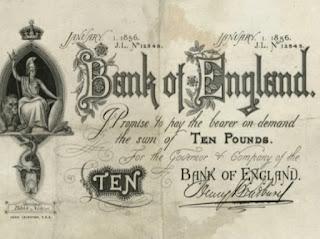 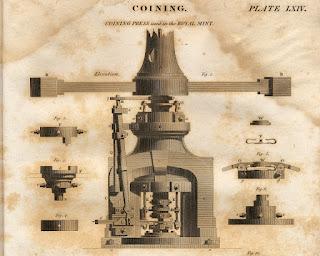 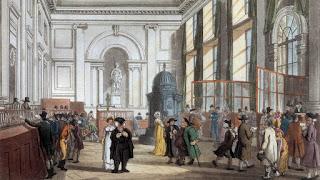 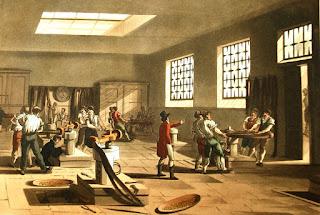 The Rich History of Capital - in the the Capital.

TICKETS £4.50 -Joining and attendence details will be emailed to you nearer the event. Bring your own refreshments :)
Spend time with the Bank of England's ALISON COOK and historian of science LAURENCE SCALES to dig up treasures in the histories of London Lolly, the Bank and the Royal Mint.

For centuries London has been one of the most important financial centres of the world and the Bank of England has occupied a central place in its history (and in our financial lives). In a Salon premiere, we are very pleased to be joined by the Bank's ALISON COOK who will take us on a time travelling tour through more than 300 years of its history - from its earliest days in rented accommodation, to the greatest architectural crime of the 20th century..
Alison will also give us a brief overview of the work of the Bank today to explore the relationship between capital and the capital.

Then, historian of science LAURENCE SCALES will reveal some of the highlights and lowlights in the history of the Royal Mint from its arrival at the Tower in 1279 to its exit at decimalisation, with tales of occasions when the coin of the realm has had to be replaced, - not least because of the depredations of forgers.
Laurence will also take some selected scenes from the history of Bank of England notes, particularly some banknotes that never were.

ALISON COOK is the Operations Manager at the Bank of England Museum. She has worked at the Bank for more than 30-years - in finance, audit, banking supervision, training support, employee relations, banking services and recruitment. Alison moved to the Museum in 2011 as a member of the front of house team, providing presentations for school and general interest groups. She became the Operations Manager in 2018.

LAURENCE SCALES formerly in the engineering profession, for 12 years Laurence has been offering walking tours and talks focused on London's unparalleled history of discovery, invention and medicine. He is (in normal times) an archives volunteer at the Royal Institution and Royal Society for the Encouragement of Arts Manufactures and Commerce, and has contributed many articles to Londonist.com