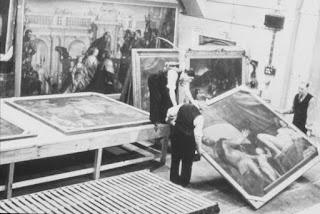 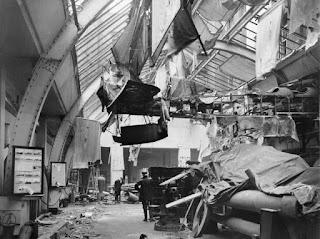 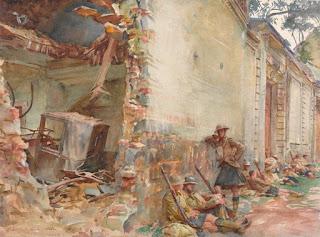 TICKETS £4.50 -Joining and attendence details will be emailed to you nearer the event. Bring your own refreshments :)
Curators REBECCA NEWELL and TOM HOCKENHULL tell the fascinating stories of how the capital’s cultural treasures were saved from the Blitz.

In 1939, as conflict swept across Europe and the threat of war drew closer, London's galleries and museums prepared their priceless collections for evacuation - first to the safety of country estates and then to be buried underground in disused quarries.

The British Museum's TOM HOCKENULL describes the mass exodus of some of the museum’s vast collection from Bloomsbury, a process that was, because of its size and complexity, unparalleled in the scale and scope of its ambition.

But it was an action with incalculable benefits for future generations. On the night of 10 May 1941 the Luftwaffe launched its last major bombing campaign of the Blitz on London saw more than seven hundred tons of high explosive on the city with The British Museum being hit by several incendiary bombs just before midnight and burning out of control until 6.30am.

The Imperial War museum’s REBECCA NEWELL describes how staff had to decide which of the 4,000 paintings, sculptures and drawings that had been amassed during and after the First World War, would be saved.

Just 281 works of art were chosen for evacuation to the country homes belonging to the museum's trustees. If all else was lost, a mere 7% of the art collection and less than 1% of the overall collection would remain. Rebecca reveals what was saved and why. And she seeks to answer what this tells us about the patronage and vision of the arts when Britain faced invasion.

TOM HOCKENULL joined the British Museum in 2007 and currently holds the post of Curator of Modern Money. He is editor of Symbols of Power: ten coins that changed the world (2015), written with curators from the Department of Coins and Medals.

REBECCA NEWELL is Head of Art at IWM, working across the five sites on all aspects related to the care, display and interpretation of the IWM preeminent twentieth and twenty-first century art collection. She has recently completed a large-scale commission with global artist and activist Ai Weiwei for IWM London and an exhibition of Blitz paintings with a focus on the experience of Londoners for Churchill War Rooms.