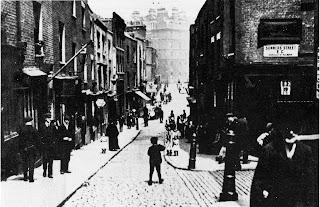 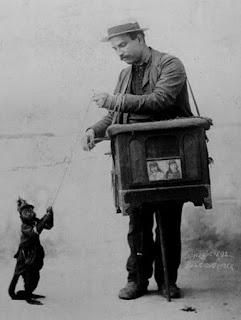 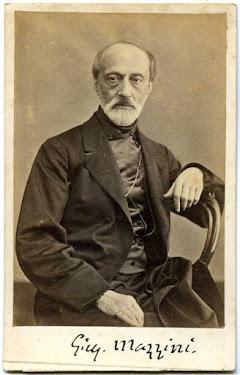 TICKETS £4.50 -Joining and attendence details will be emailed to you nearer the event. Bring your own refreshments :)
Librarians ANDREA DEL CORNO and TUDOR ALLEN explore the rich historical legacy of the city's lost Italian quarter.

The old area around the meeting point of Bloomsbury, Clerkenwell and Holborn still reveals many traces of London's Latin past - including St Peter's church, which forms the centre of the annual Processione Madonna del Carmine, and the nearby Terroni of Clerkenwell, London oldest delicatessen, which opened in 1878.

Italians have settled in the capital for centuries. Camden archivist TUDOR ALLEN tells the history of London’s Italian quarter from the time of the first settlers up to the last days of the community in the later 20th century. Ice-cream, organ-grinders and monkeys, hokey-pokey men, murder, gangsters and spectacular processions are just some of the ingredients that make the story of Little Italy one full of colour, incident and drama.

One of the areas most noted Italians - the revolutionary Giuseppe Mazzini (1805-1872) - lived at several addresses in Bloomsbury and Holborn during his London exile. Mazzini set up a Free Italian School for the impoverished children of Italian economic migrants in Hatton Garden. The School was supported by numerous Italian political exiles who, having fled Italy in the aftermath of revolutionary uprisings, had found refuge in Victorian London.

TUDOR ALLEN is the Archivist at Camden Local Studies and Archives Centre where he has worked for the last thirteen years. He is also the author of “Little Italy – The Story of London’s Italian Quarter”

talian-educated, with a Laurea in History and Political Science from the University of Rome, ANDREA DEL CORNO completed his studies in London, specialising in rare books and early printed materials at the School of Advanced Study. His research focuses on the Italian Risorgimento period and Italian political exiles in England during the 19th century. He Italian ​specialist at The London Library.