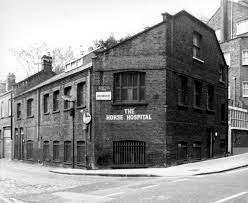 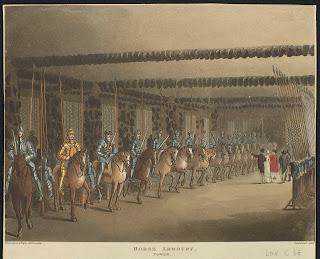 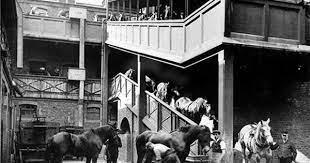 Come for a canter through London's extraordinary history of the horse - in an actual Horse Hospital. Until the early 20th Century, London was completely pervaded by the sights, sounds and smells of horses. Personal and public transport, employment, industry, military and ceremonial activities all depended on them.

From the towpath to the taxi, Historian of Science LAURENCE SCALES will celebrate the mark that horses have upon London's transport, architecture, industry and infrastructure - and explore the horse's afterlife beyond the knacker's yard with a horse miscellany, including the horsey railway, the afterlife of the Victorian horse, the recycling of the dead animal - and horse-hair tooth brushes.

The Household Cavalry still guards the Queen on ceremonial occasions in London and across the UK. Formed in 1661 under the direct order of King Charles II, Its headquarters - along with its museum and a working stable - sits within Horse Guards in Whitehall one of the city’s most historic buildings. Household Cavalry Museum director ALICE PEARSON tells tales of its history, the use of the horse in the city’s Royal ceremonies, horses' military roles and how they are still employed today in coordination with modern life.

LAURENCE SCALES is a specialist London guide for scientific and technological history, has written articles for Londonist, volunteered for the Royal Society for the Encouragement of Arts and Manufactures, and helped to escort the first horse-drawn boat through London in 60 years while volunteering at the London Canal Museum.
ALICE PEARSON is Director of the Household Cavalry Museum. She was previously the Magna Carta Project Manager at The Honourable Societies of the Inner Temple and Middle Temple.
Our new home, THE HORSE HOSPITAL, is a unique Grade II listed not for profit, independent arts venue within the only existing unspoilt example of a two-floor, purpose-built stable with public access in London.
Built in 1797 by James Burton. the shell is constructed with London Stocks whilst the interior features a mock cobbled re-inforced concrete floor and ramps with slats to prevent the horses from slipping. Each floor has 5 cast iron pillars and several original iron tethering rings.
DIRECTIONS AND ACCESSIBILITY