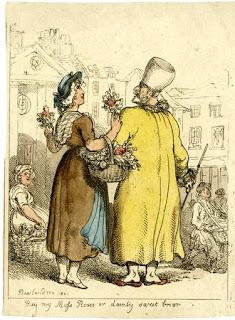 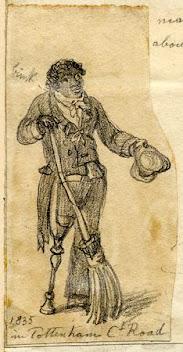 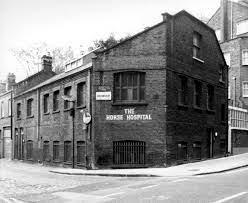 Just as the 1824 Vagrancy Act for the Punishment of idle and disorderly Persons, and Rogues and Vagabonds is overturned, historians OSKAR JENSEN and CHARLIE TAVERNER take us for a walk through the streets of the city to meet some of those who lived, worked, sold, fought to survive and died there.

In the decades after Waterloo, the Mendicity Society set out to cure London of its begging ‘problem’ by an ingenious system of meal tickets – but soon began to focus its energies on hard labour, systematic slander, and the deportation of migrants, all enforced by armed officers.  For more than fifty years, its committee kept a proud and public record of their activities. But they weren’t the only ones.

In this talk, OSKAR JENSEN uncovers the scandalous truth of the Mendicity Society from the point of view of those who stood up to it – among them, a desperate lavender seller, a visually-impaired ex-soldier, two mixed-race teens, and a rebel busker.

---
Until recently, London’s streets were packed with hawkers, crying ‘Strawberries, ripe!’, ‘New Mackerel, new!’ and ‘Milk below!’ For centuries, these traders fed the fast-growing city with perishable produce and snacks — wolfed down on the go.

CHARLIE TAVERNER shows how  London has a long history of hawking and tells the cultural history of street food selling in London between the late sixteenth and early twentieth centuries.

As ‘street food’ flourishes as a fashionable dining trend, he tells the very different story of the poor hawkers who took up baskets and barrows to scrape a living and feed London’s dramatic expansion with fruit, fish, oysters, vegetables, milk, pies and sausages on the capital’s streets, offering a long-run, bottom-up perspective on metropolitan growth..

OSKAR JENSEN is the author of Vagabonds: Life on the Streets of Nineteenth-century
Oskar gained his doctorate in History from Christ Church, University of Oxford. Formerly a Leverhulme Early Career Fellow, he is now Senior Research Associate at the University of East Anglia He has written for the New Statesman and has appeared on BBC1’s Who Do You Think You Are? and BBC Radio 3 and 4. He is one of the 2022 BBC New Generation Thinkers.

CHARLIE TAVERNER is a social historian.  His book 'Street Food: Hawkers and the History of London, is forthcoming with Oxford University Press (2022).
His research has also appeared in academic journals including History Workshop, Urban History, Journal of Social History, and London Journal.
He previously worked as a business and agricultural journalist and was a researcher on FoodCult, a groundbreaking project exploring the history of food in sixteenth- and seventeenth-century Ireland

Our new home, THE HORSE HOSPITAL, is a unique Grade II listed not for profit, independent arts venue within the only existing unspoilt example of a two-floor, purpose-built stable with public access in London.
Built in 1797 by James Burton. the shell is constructed with London Stocks whilst the interior features a mock cobbled re-inforced concrete floor and ramps with slats to prevent the horses from slipping. Each floor has 5 cast iron pillars and several original iron tethering rings.
DIRECTIONS AND ACCESSIBILITY