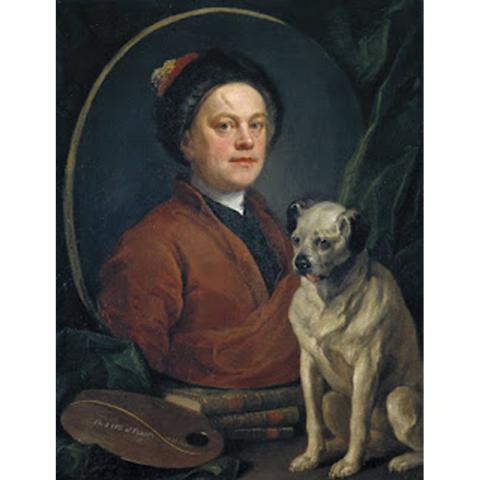 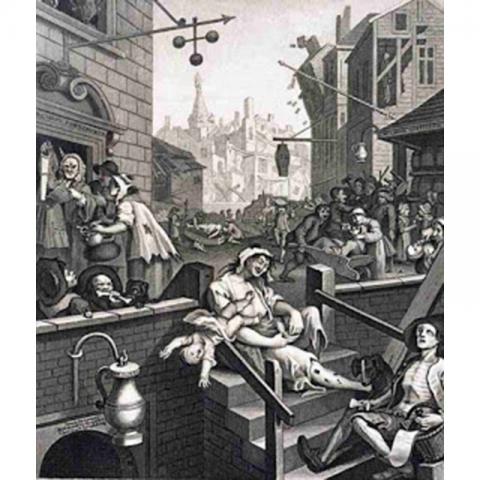 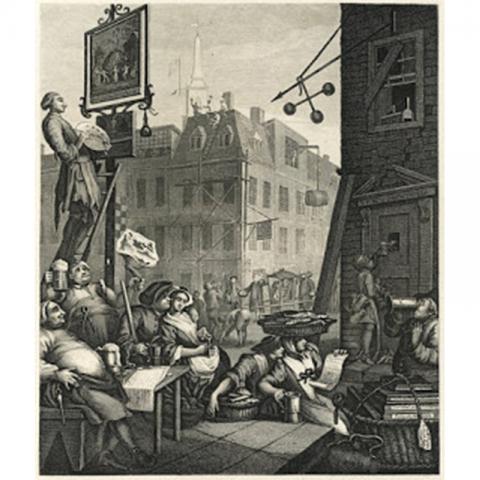 HOGARTH’S LONDON
Satire and the City

William Hogarth is recognised as the grandfather of the political cartoon, the first practitioner to elevate visual satire to the level of art.

Join contemporary political satirist Martin Rowson and performer and author Jeremy Barlow to investigate how this most London of satirists held up to ridicule, the vices, follies, abuses, and shortcomings of the capital around him.

Working as an engraver and painter Hogarth specialised in portraying London and its inhabitants: the poor, the rich, the pretentious, the fashionable and the ludicrous.

With fascinating asides on Georgian  London and the new freedoms of the press most of us now take for granted, Martin Rowson anatomises one of his most famous prints, 'Gin Lane', which depicted a contemporary story about a woman who had murdered her infant daughter in order to sell her clothes to buy gin. It exposed some of the worst facets of early Georgian London and established Hogarth as the capital's first urban http://www.comprarviagraes24.com/ artist.

Both Gin Lane and its sister print Beer Street included depictions of ballad sellers. With a musical accompaniment, Jeremy Barlow will investigate the way Hogarth also used music and musicians as satirical weaponry in what he called his 'modern moral subjects’. Jeremy focuses on Hogarth's print 'The Enraged Musician' with an analysis of its contrasts between high and low musical culture

Martin Rowson is an award-winning cartoonist and writer whose work appears regularly in The Guardian, The Daily Mirror, The Morning Star, The Spectator & many other publications. In 2001 he was appointed Ken Livingstone's "Cartoonist Laureate" for London, in exchange for 1 pint of London Pride bitter per annum (still 6 years in arrears). He's also a fomer vice-President of the Zoological Society of London.

Jeremy Barlow lectures widely on Hogarth and the performing arts, and is author of 'The Enraged Musician: Hogarth's Musical Imagery' (Ashgate). As a performer he has directed his group the Broadside Band in many recordings of English popular music from the 16th to 18th centuries, including a recording of The Beggar's Opera (Hyperion), which won an Edison Award.