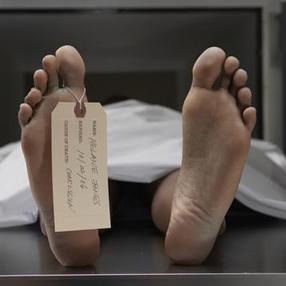 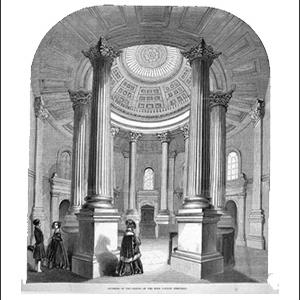 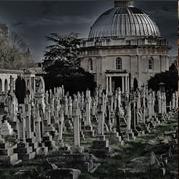 HABEAS CORPUS
Forensics, Coroners and Decomposition
A salon in the cemetery with Dr. Peter Dean and Dr. Anna Williams

Determining the cause and manner of suspicious deaths is highly technical work, dependent on crime scene findings, autopsy observations, toxicology tests and a close analysis of medical files.

DR PETER DEAN will explore the history of the coroner, chronicling the evolution of forensic medicine, from early rituals performed over dead bodies to the controversial advent of modern forensic pathology.

Taphonomy, the study of decaying organisms, is an essential tool in the crime-solving process, where determining the time of death can be crucial to an investigation. Forensic anthropologist, DR ANNA WILLIAMS, will discuss the various stages of decomposition, describing how different combinations of gases are emitted at each stage of the process and how these observations are measured at crime scenes and autopsies. She will also make the case for opening a "body farm" in the UK to allow decaying corpses to be scientifically studied.

Dr Peter Dean is a former GP who now works as a Coroner in Suffolk and Essex and practises Clinical Forensic Medicine in London. He has written widely on forensics and is a technical adviser on television drama series such as "Silent Witness" and "Waking the Dead" for the BBC. He recently conducted the inquest into the death of Myra Hindley.

Dr Anna Williams is Principal Enterprise Fellow in Forensic Anthropology at the University of Huddersfield. She is an expert in forensic osteology and decomposition and has appeared on TV and radio discussing anthropology and forensic science. She writes an award-winning blog called Forensic Anna:thropology.