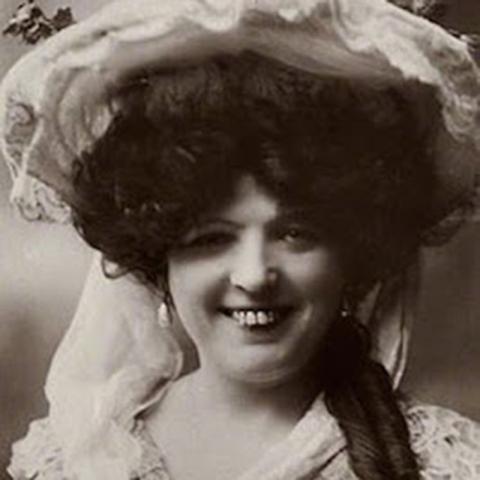 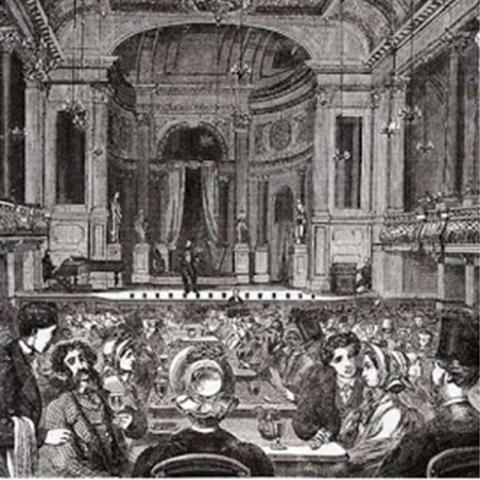 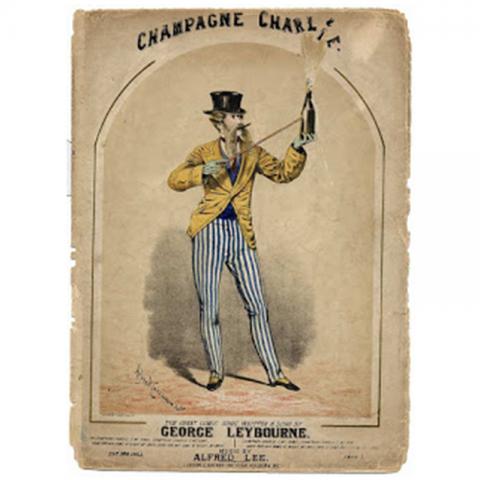 SALON NO. 32: LONDON MUSIC HALL
Sauce and the City

Forget about Vaudeville, cabaret and burlesque, for a hundred years, one of the most popular live entertainments in the capital was 'Music Hall’. Join us to hear author Essie Fox tell tales of the stars and stages from the golden age of variety and to hear Kate Garner perform some of the best loved songs of the era live - right before your very eyes.

A soundtrack for the city will be provided by The Clerkenwell Kid.
Hendricks will on hand be to put the umpah up your jumpah..

The Eagle* was a tavern that presented regular musical entertainment and did a roaring trade as one of the first music halls. Marie Lloyd, who would become one of the biggest music hall stars debuted there in 1885, at the age of 14.  Author Essie Fox describes the gorgeous buildings (once abundant and nearly all now sadly lost) that housed and gave name to a unique mixture of popular songs, comedy, speciality acts and variety entertainment known as 'music hall’. As well as Marie Lloyd, we hear of Dan Leno, Little Tich and other stars of the London music hall stage: male and female impersonators, mime artists and impressionists, trampoline acts, and comic pianists.

From the piano to the parlour to the Palais, the music hall tradition brought Londoners together in a celebration of community. Pianist, singer and performer Kate Garner will join us to demonstrate that that very tradition is still alive and (high) kicking. Hailing from a family steeped in music hall tradition and with an unparalleled knowledge and love for the songs of artistes such as Marie Lloyd, Vesta Tilly and Harry Champion, Kate will sing the Salon out for 2015.

You are very welcome to singalongasalon..

After a career in publishing, and then in the world of art and design, Essie Fox now writes Victorian novels. 'The Somnambulist' (shortlisted for Best Debut at the National Book Awards, and now under option for TV/film) was inspired by the London music halls. Essie has previously talked about her research into the London Music halls at V+A and 32 Londoners - where she spoke on the life of Marie Lloyd.

Music Hall is in Kate Garner’s blood. She is the daughter of Chas Hodges of Chas and Dave and has been playing piano and singing since the age of five. Her live performances include 'The London Festival of Cabaret', and 'The British Music Hall Society' at Wilton's Music Hall, The London Palladium and The Royal Albert Hall. She has appeared on Channel 4's 'Come Dine With Me' and the BBC documentary about 'Mrs Mills’.