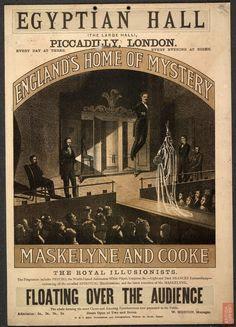 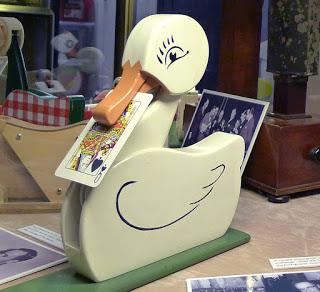 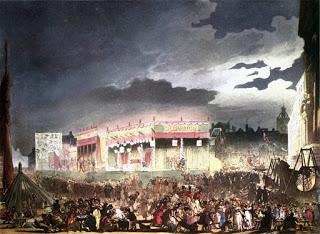 SALON NO. 52: CONJURING UP THE CAPITAL
London's History of Trickery
with Ross MacFarlane & Jonathan Allen

Abracadabra, Hey Presto, Now you see it, now you don't.. Forget Harry Potter for a while and join us for an evening of enchantment with Ross MacFarlane and Jonathan Allen as they don top hat and tails to pull back the curtain on London's history of magic shows..

First up, the Wellcome Library’s Ross MacFarlane will take us on a magical, mystery tour of London across time, moving from the city’s great outdoor shows such as Bartholomew Fair, through a lost world of strange street performers to the parlours of Victorian homes and more recent music halls and theatres.

On our way we’ll encounter some of the famous – and infamous - names in the history of magic and even stop off at the branch of the Halifax Building Society in Wood Green.

We’ll finish by pondering where might you encounter magicians in 21st century London and what that might mean for how we think about performers of magic.

The famously secretive Magic Circle, one of the oldest magic societies in the world, was established in London in 1905 as “an abode of magic” where performers could assemble in private to think through and debate the practice of magic as a theatrical art form.

Join Jonathan Allen, a curator at the Magical Circle museum,  as he reveals some of the strange historical relics and more recent props in the Circle’s extraordinary archive and exhibitions.

Marvel at the 'money making machine' or 'the card finding  duck’, gasp at the rare ‘kinora’ films and gaze in wonder as he takes us inside the extraordinary lost fin-de-siècle magical Picadilly venue  'The Egyptian Hall', known also after 1873 as ‘England’s Home of Mystery’..

Ross Macfarlane is Research Engagement Officer at the Wellcome Library,  He has researched, lectured and written on such topics as the history of early recorded sound, freak shows and notions of urban folklore in Edwardian London. He has led guided walks around London on the occult past of Bloomsbury and on the intersection of medicine, science and trade in Greenwich and Deptford.

Jonathan Allen is a London-based artist and writer best known for his work addressing the politics of enchantment and various magics at play within contemporary culture. Allen is a curator at London's Magic Circle Museum where he recently recovered a forgotten cartomancy deck hand-painted circa 1906 by the English artist and mystic Austin Osman Spare. His subsequent book Lost Envoy (Strange Attractor, 2016) is distributed by MIT Press.