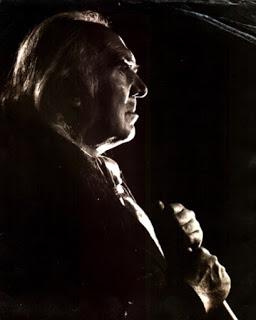 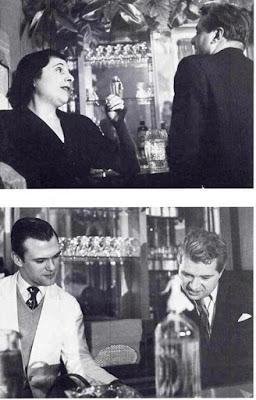 SALON NO. 59: LONDON BOHEMIA
Ironfoot Jack and The Colony Rooms
with Darren Coffield and Colin Stanley
6.30pm Thursday 25th October 2018
Westminster Arts Library
35 St Martins Street
London
WC2H 2CP
Tickets includes a 'Wardour and Dean' of Hendricks Gin
Despite recent transformations, Soho remains associated with Bohemians. Tonight we find out why as artist DARREN COFFIELD and writer COLIN STANLEY take us on a trip through the area's pre-war and post-war underground arts scene. Along the way we meet some very strange (and some very famous) characters, including Francis Bacon, a Doctor Who and a James Bond...
Buy Ticket

Neave’s unpublished manuscript was discovered amongst cult author Colin Wilson’s papers by Colin, who assembled and annotated the text for publication.  Jack was one of the earliest Soho club promoters and opened the famous Caravan Club, one of the district's first gay friendly establishments, in 1934.

A fabulist ,vagrant, sponger, mystic, conman and smelling like  'a goat in a rut', his life truly was a bohemian tale.

Then, to commemorate the 10th anniversary of the closure of London’s infamous arts establishment, The Colony Room Club, former member DARREN COFFIELD tells tales of its 60 year history when more romances, more deaths, more horrors and more sex scandals seemed to take place there than anywhere else.

In the regimented and sexually repressed postwar London, the Colony attracted professional drinkers to a man, woman or something in-between, since sexual non-conformity always played its part in the mix. It brought together the confluences of talents that would help define postwar London and will be forever associated with the artistic circle of Francis Bacon and Lucian Freud.

COLIN STANLEY is a freelance writer and managing editor of Paupers' Press. He became interested in the work of cult writer Colin Wilson in 1970 after reading his major novel Ritual In the Dark, and in the 1980s became his bibliographer and one of his publishers. He has written two novels and is the editor of Surrender of Silence" the memoir of Ironfoot Jack published by Strange Attractor.

DARREN COFFIELD was born in London in 1969. He studied at Goldsmiths College, Camberwell School of Art and the Slade School of Art in London where he received his Bachelor of Fine Art in 1993. He has exhibited widely in the company of many leading artists including Damien Hirst, Howard Hodgkin, Patrick Caulfield and Gilbert and George at venues ranging from the Courtauld Institute, Somerset House to Voloshin Museum, Crimea. His work can be found in collections around the world.  He is author of "Tales from the Colony: The Lost Bohemia of Bacon Belcher and Board"