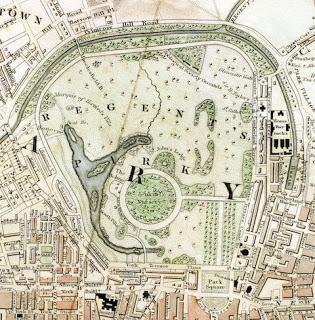 Pull out the picnic blanket, put on the sunglasses, grab yourself a Hendricks and join TRAVIS ELBOROUGH, author of 'A Walk in the Park', a captivating history of London's public parks, and JOHN GRINDROD, author of 'Outskirts', a heartfelt nature memoir of the Green Belt as they take a walk through all things verdant in the city and beyond..

London’s parks are such a familiar part of everyday life, you might be forgiven for thinking they have always been there – and that they always will. In fact, the roots of even the most humble neighbourhood park lie in age-old battles over land and liberty.

From their medieval life as private royal hunting grounds to their modern incarnation as eco-friendly public spaces teeming with activity, acclaimed author TRAVIS ELBOROUGH traces their extraordinary history in an illustrated talk based on his book, A Walk in the Park, praised as 'a fascinating, informative, revelatory book' by William Boyd in The Guardian.

Coined by National Trust co-founder Octavia Hill at the end of the nineteenth century, the phrase 'Green Belt' originally formed part of an impassioned plea to protect the countryside from the devouring expansion of London's urban sprawl. By the late 1950s, those idealistic Victorian notions had developed into something more complex and divisive. Our second speaker, JOHN GRINDROD, had a childhood that mirrored these tensions, growing up on 'the last road in London' on an estate at the edge of the woods,

His book Outskirts is at once a fascinating social history, a stirring evocation of the natural world, and a poignant tale of growing up in a place, and within a family, like no other.

JOHN GRINDROD is the author of Outskirts: Living Life on the Edge of the Green Belt (2017), Concretopia: A Journey Around the Rebuilding of Postwar Britain (2013) and most recently, How to Love Brutalism (2018). Grindrod has written for the Sunday Times, Guardian, Financial Times, Big Issue and The Modernist. He runs the popular website dirtymodernscoundrel.com and can be contacted on Twitter @Grindrod.

Acclaimed by the Guardian as ‘one of the country’s finest pop culture historians’, TRAVIS ELBOROUGH has been a freelance writer, author, broadcaster and cultural commentator for nearly two decades now, and is frequently on BBC Radio 4 and Five Live. Elborough’s books include Wish You Were Here: England on Sea and The Long-player Goodbye, a hymn to vinyl records that inspired the BBC4 documentary When Albums Ruled the World.