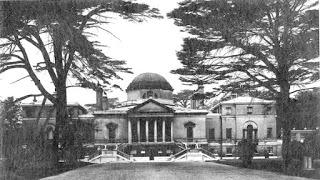 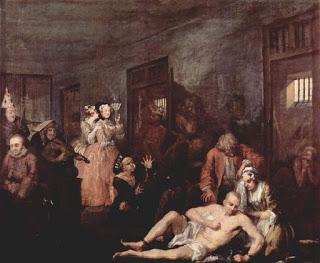 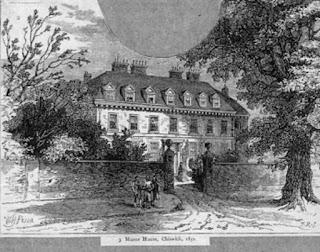 SALON NO. 60: LONDON LUNACY
Private and public madness in the 19th Century
with Mike Jay and Sarah Wise
6.30pm Thursday 29th November 2018
Westminster Arts Library
35 St Martins Street
London
WC2H 2CP
Tickets include a 'treatment' of Hendricks Gin
The story of London's treatment of the insane in the 19th Century is  often a strange, disturbing one. Yet it was also a time when the understanding of madness moved from seeing it as lunacy to an issue of mental health.  Join historians MIKE JAY and SARAH WISE as they analyse some of the surprising and secret stories of Victorian metropolitan madness.
Buy Ticket

During the 19th Century London’s Bethlem Royal Hospital (also known as St Mary Bethlehem and Bethlehem Hospital) became one of the most famous psychiatric hospitals in the world. Its long and tortured tale has inspired several horror books, films and TV series and its nickname Bedlam has become a term in itself describing uproar and confusion.

Historian MIKE JAY examines one of the most eventful periods in Bedlam’s history during the confinement of a particular inmate: James Tilly Matthews. It was a period that saw scandal, the closure of the old 18th century madhouse in Moorfields and the opening of the 19thC. asylum in Southwark, against the background of the reform movement.

In 1814 Matthews, who is considered to be the first fully documented paranoid schizophrenic, was discharged to "Fox's London House", a private asylum in Hackney. It was one of many so-called 'Gilded Cages' - private lunatic asylums for the wealthy in the 19th century - which attempted to look as much like luxurious domestic residences as possible in contrast to terrifying institutions such as Bedlam.

SARAH WISE will discuss various former mansions that were re-purposed as institutions for the insane, the controversial nature of certain Victorian lunacy incarcerations and the plight of the ‘alleged lunatic’ as s/he battled to be released from these gilded cages.

MIKE JAY has written widely on the history of science and medicine. His books include 'Emperors of Dreams: drugs in the nineteenth century' and 'High Society: mind-altering drugs in history and culture'. He was co-curator of the exhibition Bedlam: the asylum and beyond, which ran at Wellcome Collection in London in 2016-7, and the author of the accompanying book, This Way Madness Lies. He also wrote The Influencing Machine, the story of James Tilly Matthews, who was confined in Bedlam as an incurable lunatic in 1797.

SARAH WISE teaches in the English Department of City University, London; and lectures in 19th-century social history at the University of California’s London Study Center. She is the author of The Italian Boy: Murder and Grave Robbery in 1830s London (2004), shortlisted for the Samuel Johnson Prize and winner of the Crime Writers' Association Gold Dagger for Non-Fiction.