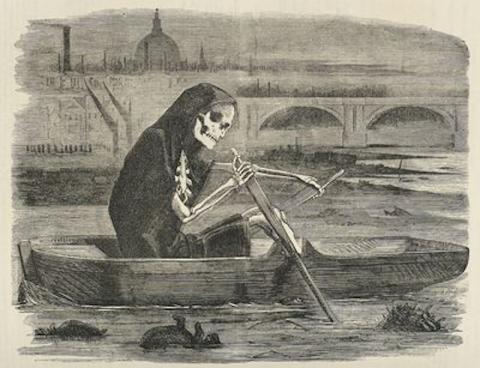 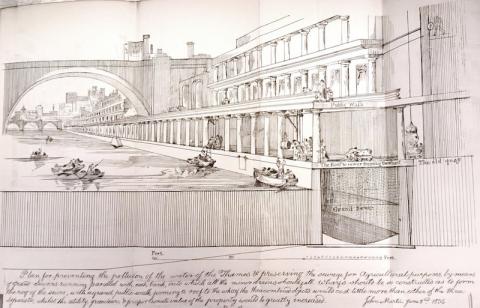 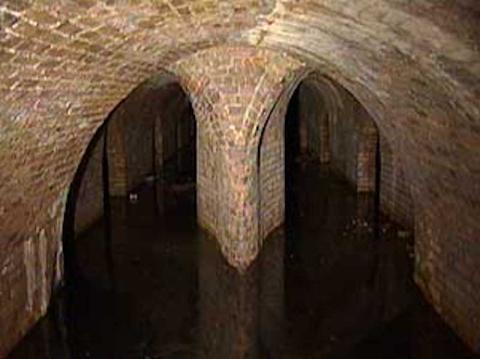 In conjunction with our friends LONDON HISTORIANS, the Salon marks the bicentenary of the birth of one of the greatest Londoners of all time: JOSEPH BAZALGETTE, a man without whose genius many many Londoners would have been dirtier, smellier - and probably dead. But the great engineer was not the only Londoner to wage war on (human) waste in the 19th century city. Join LAURENCE SCALES, historian of engineering and Labour peer ANDREW ADONIS as they lift the lid, hold their noses and peer into the stinking story of.. London Shit.

ANDREW ADONIS takes us through the London life of 'The Sewer King' JOSEPH BAZALGETTE, the grandson of a French immigrant, and one of the most important of the great Victorian engineers. He not only built a sewage system for London which helped to wipe out cholera in the city, thus saving thousands of lives and parts of which we still use, but he built the Thames Embankments, laid out several of the most important thoroughfares and built or strengthened many of the city's major bridges. His work had a huge international influence and whilst he is less well-known than his famous contemporary Brunel, is generally regarded as the man who saved London from drowning in its own effluvia.

But he was not alone.

Bazalgette has come to be viewed a kind of modern St Patrick, banishing cholera from London and shielding it from miasmal misery with a robust system of brick bowels, the sewers. He was a fine engineer and public servant. But he did not invent London’s system of intercepting drains, or bring clean water to London. LAURENCE SCALES inserts his endoscope through the back passage of history, extracting some feculent findings, rescuing some of Sir Joseph’s contemporaries from the midden of memory, and reminding us that a pile of shit still deserves our respect.

ANDREW ADONIS is a Labour peer and former cabinet minister. He served as an education minister and Transport Secretary in the last Labour government before going on to chair the National Infrastructure Commission. He was founding chair of Frontline, helped set up Teach First and is currently campaigning for a People’s Vote.

LAURENCE SCALES formerly in the engineering profession, is an avid collector of the colourful and often neglected characters who made the extraordinary technological and scientific history of London. He offers London tours on this topic, has written numerous articles for Londonist.com, and is a pen for hire. He adds to his fund of knowledge by volunteering in the archives of the Royal Institution and Royal Society of Arts.