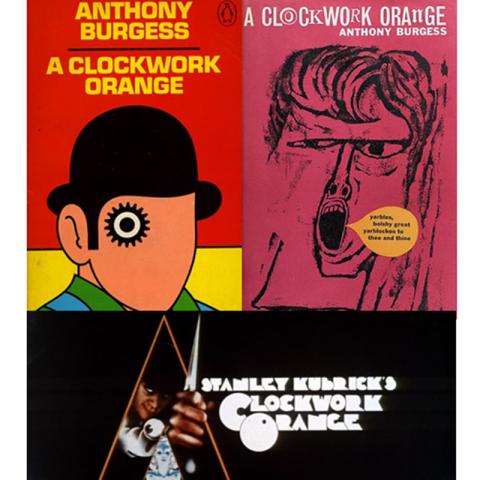 ANTHONY BURGESS AND A CLOCKWORK ORANGE
with Andrew Biswell

When Anthony Burgess wrote A Clockwork Orange in 1961, he was very uncertain about publishing it. These anxieties were shared by his publishers, who were worried that the novel might be put on trial for obscenity. In this talk, which includes images from the archive and music, the biographer Andrew Biswell considers A Clockwork Orange in its various manifestations. After Andy Warhol had made a pirate film adaptation in 1965, Stanley Kubrick’s version caused outrage after its release in 1971. Burgess later adapted his novel as a stage musical, presented by the RSC at the Barbican in 1990.

Drawing on Burgess’s private notebooks and his unpublished correspondence with Kubrick and others, this talk provides a series of new perspectives on Burgess’s classic novel, and considers how it was influenced by the dystopian writings which came before it.

Andrew Biswell is Professor of Modern Literature at Manchester Metropolitan University and Director of the International Anthony Burgess Foundation. His publications include a biography, The Real Life of Anthony Burgess and editions of A Clockwork Orange (Penguin Classics, 2013) and Burgess’s first novel A Vision of Battlements (Manchester University Press, 2017). He has lectured on Burgess and his work around the world.