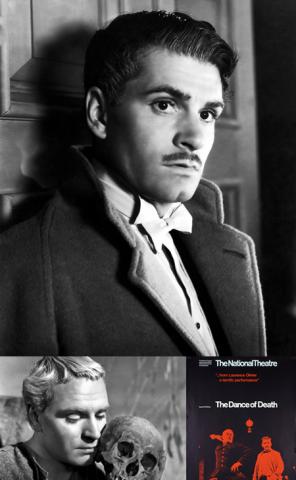 Brian Robinson, film archivist and historian at the British film institute, examines the life and distinguished career of one of Britain's greatest actors.

Widely considered to be the greatest English-speaking actor of the 20th Century, Olivier's career spanned over 6o years with 12 Oscar nominations. His first taste of West End success came in 1930 with a starring role in Noel Coward's Private Lives and within five years he was starring alongside John Gielgud in what is considered by many to be the greatest Shakespearean production of Romeo and Juliet ever.

His Hollywood breakthrough came shortly after as Heathcliff in Wuthering Heights in 1939. He served in the Royal Navy in the Second World War and in 1944 directed his patriotic version of Henry V. After the war he revitalised the Old Vic and was producer-director of the National Theatre, accepting many rather questionable movie roles to fund this project. The main auditorium of the National Theatre is named after him, as are the annual awards bestowed by the Society of West End Theatre. In 1970 he became the first thespian to be elevated to a life peerage. He died in 1989 and became only the second actor to be interred in Poets' Corner in Westminster Abbey.

Brian Robinson Brian Robinson is a film archivist and historian at the British Film Institute. He has been described as 'a minor British institution' and 'a walking encyclopaedia on silent film'. Communications Manager and Senior Programmer of the London Lesbian & Gay Film Festival, Brian has been at the BFI for 25 years.