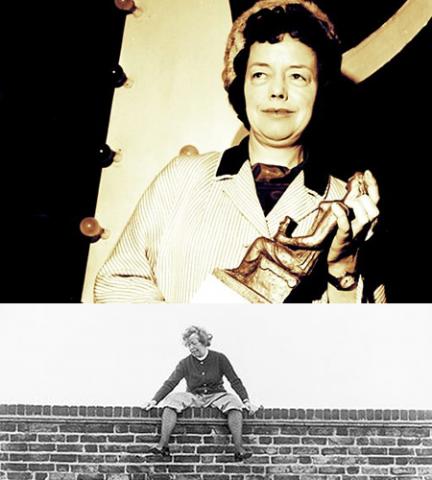 In this talk Jude Kelly, the artistic director of London's Southbank reveals an intimate, detailed portrayal of British Theatre's favourite rebel and her legacy.

Joan Littlewood trained as an actor at RADA but went onto became one of Europe's most famous radical Theatre directors. Long banned from broadcasting by the BBC because of her Communist party associations, she was a life long left-wing thinker and remained under surveillance by MI5 into the 1950s.
Variously described as a subversive genius and 'The Mother of Modern Theatre", her pioneering Theatre Workshop broke the mould of British drama. The musical Oh What a Lovely War (currently revived in this year of the first world war's centenary) is one of her most celebrated creations and was developed using the Theatre Workshop's unique methods. Richard Harris, Brian Murphy and Barbara Windsor were amongst the many British actors who were her proteges.

Jude Kelly is a theatre director and producer and currently the artistic director of London's Southbank. Described In 2013 as one of the 100 most powerful women in the United Kingdom by BBC's Woman's Hour, she is an OBE, hold several honorary degrees from international universities and represents Britain within UNESCO on cultural matters. She was the founding director of the West Yorkshire Playhouse and has won many awards for her theatrical directorial work.