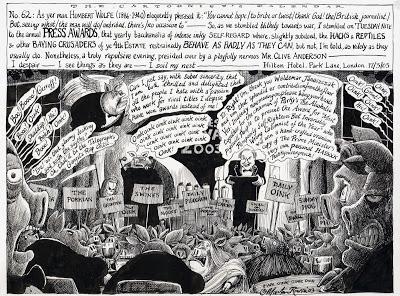 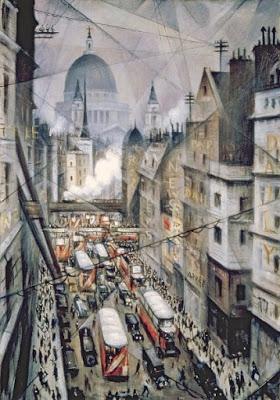 Each ticket includes an inkwell's worth of Hendricks Gin Punch

The name 'Fleet Street' conjures up all sorts of images. As well as long being the main route from the City of Westminster to the City of London (crossing the lost River Fleet as it goes), it gave its name to the entire British newspaper and journalism industries.. And who better to talk about it than this month's speakers: the immersive urban historian Dr Matthew Green and that professional 'ankle biter' and political satirist, the Guardian cartoonist Martin Rowson.

In 1495, an enterprising, octopus-loving Walloon called Wynkyn de Worde set up a cranky printing press in St Bride’s Churchyard. 250 years later, Fleet Street had blossomed into the nerve-centre of the world’s biggest and most influential mass media, churning out hundreds of newspapers every week. By the 20th century, every major UK newspaper had its headquarters on Fleet Street. And its ancient taverns were stuffed with hacks, hawkers, editors and inkies.

But today, Fleet Street is a ghost of its former self. Not a single newspaper operates from the vicinity any longer. The thumping, hammering and squelching of printing presses has been replaced by the hurried footsteps of bankers and lawyers, the former Express building is now the headquarters of Goldman Sachs.

Dr Matthew Green, author of London: A Travel Guide Through Time will guide us through 600 years of bribery, gossip, and booze on the Street of Ink. You’ll meet the ghosts of Fleet Street past including Samuel Johnson, Daniel Defoe, Kitty Fisher, the Rhinoceros of Ludgate Hill and perhaps even Rebekah Brooke, and consider whether printed papers have a future.

Our second speaker, Martin Rowson, has worked at the coal face of British journalism for over 30 years.  In that time he has contributed, in one way or another,  to every national newspaper (including The Racing Post)  except The Sun – and that is only because they have never asked him. Indeed, in the late 1980s, he enjoyed what may have been the last actual “Fleet Street Lunch” with the last man semi-standing in the Telegraph’s offices and still managed  to file a cartoon for the next day’s edition.

Now the national press’s offices are scattered across London from Kensington to Docklands, and digitisation means the average freelancer, if he or she is lucky, need never set foot in a newspaper office. Nonetheless, newspaper culture in all its squalid magnificence is woven into London’s DNA, and Martin will speak, from often bitter experience, about the high and low points of the trade.

Dr Matthew Green is an historian and television broadcaster, with a PhD in the history of London from Oxford University. He writes historical features for the Telegraph and Guardian. His first book, , is published by Penguin and out now, and he also runs immersive tours of London via Unreal City Audio.

Martin Rowson is an award-winning cartoonist and writer whose work appears regularly in The Guardian, The Daily Mirror, The Morning Star, The Spectator & many other publications. In 2001 he was appointed Ken Livingstone's "Cartoonist Laureate" for London, in exchange for 1 pint of London Pride bitter per annum (still 6 years in arrears). He's also a fomer vice-President of the Zoological Society of London.