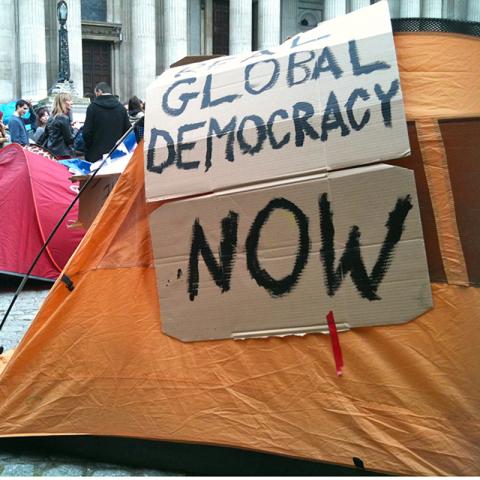 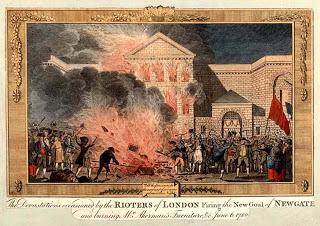 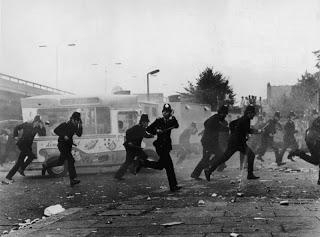 SALON NO. 55: RADICAL LONDON
Anarchy and Occupy
with Clive Bloom and Inka Stafrace

Each ticket includes a 'molotov cocktail' of Hendricks Gin

Clive will be joined by activist and film maker INKA STAFRACE, one of the original Occupy London group that camped around St Paul's in 2011 and 2012. Who were the occupiers? Why did they do it? Where did they go afterwards and did their protest change anything?

Was that a bomb? An anarchist airship flying the red flag rains death and destruction on London's financiers, an unexplained explosion rocks the Greenwich Observatory, a cafe explodes in Paris, a bomb factory is found in Walsall and arrests are made in London, even Scotland Yard is blown up! Who are those strangers running across Walthamstow marshes shooting children and policemen, why are three detectives dead in Houndsditch and why has Churchill brought his shotgun?

These are the fears and fantasies of fin de siecle Victorians and fearful Edwardians, looking for Reds under the bed, the spectral Fenian Brotherhood and Johnny Foreigner in the East End, where Jack the Ripper is seen as a terrorist and even Dracula is organising revolution! Relive the strange and heady days of the revolution that nearly came to Britain with historian CLIVE BLOOM.

Between October 2011 and June 2012, protestors occupied the land around St Paul's cathedral as part of the global Occupy movement. It seemed unprecedented at the time but in fact, their peaceful action sat in a history of London protest and radical action. Our second speaker, activist film maker INKA STAFRACE made the documentary "You Can’t Evict An Idea – Occupy London on Film" Inka will tell the extraordinary story of the protest and how it came about.

CLIVE BLOOM is Emeritus Professor of English and American Studies at Middlesex University, a best-selling author, feature writer for The Financial Times, The Times, The Guardian, The independent, The Irish Times and the London Evening Standard and regularly appears on television and radio. His books include Restless Revolutionaries, Violent London: 2000 Years of Riots, Rebels and Revolts, Bestsellers: Popular Fiction Since 1900, Terror Within: The Dream of a British Republic, Cult Fiction: Popular Reading and Pulp Theory; and Gothic Horror.

INKA STAFRACE is an Australian film maker based in London. She started making videos over 20 years ago as an extension of her political activism and campaign work. Her support for various campaigns such as alternative housing and queer rights in the 90s, Palestine from 2004 – 2013, Occupy, Occupy Democracy and NoTTIP are testimony to her motivation for social justice through the medium of film.She has since been employed by a wide variety of clients ranging from War on Want to Deloitte.